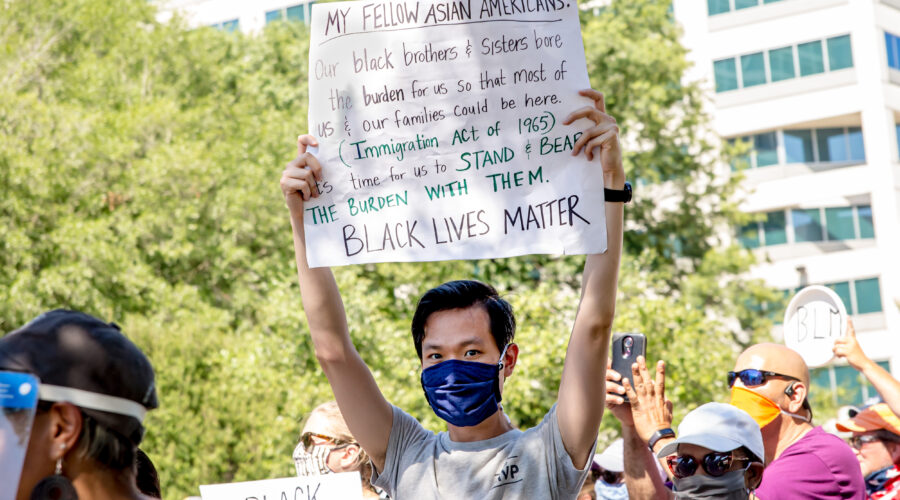 Attacks on the Asian-Americans continue to grow despite the measures put down by the government to stop hate crimes in America Today. The incidents have increased at the onset of the Covid-19 in 2020, following statements by politicians, including President Donald Trump’s announcement blaming the pandemic on China. Since then, legislation has been enacted with police departments setting up hotlines and task forces to curb the hate.

The communities have also been at the forefront of the fight against this hate by organizing demonstrations and neighborhood watch programs to protect Asian-American communities. Despite all these efforts, there has been a worrying trend of increasing attacks and hate against the Asian communities in the United States. However, this data is just the tip of the iceberg, as most crimes go unreported.

A report from Stop AAPI Hate documented by Aspegren published on USA Today reveal an upward of 9000 anti-Asian hate incidents from March 19 2020, to June 31 2020. The report further states that there has been an increase of Over 2000 incidents from the research data. The information shows that verbal harassment and deliberate avoidance of Asian Americans and Pacific Islanders dominated the hate incidents followed by physical assaults and being coughed and spat on.

In terms of gender, the majority of reported incidents were women. According to the report, this rise has been attributed to the opening of the economy in the past few months, allowing more public interactions that provided opportunities to attack. A more vicious attack against the community occurred in March 2021 following the shootings of eight people in Spas in Atlanta, where six of the victims were Asian-American women.

Though most American media and tabloids classified the incident as random, the question on most people’s minds remains: who gets to organize such attacks as random? These attacks rest on privilege where others feel superior, which are critical characteristics of institutional and systemic racism and misogyny. Though the perpetrator, Long of Woodstock, Georgia, claimed that his actions were attributed to sexual addiction, the shootings came in the wake of a year of rising Anti-Asian violence following inflammatory attacks, which referred to Covid-19 as a “Chinese virus.”

Even though statistics report an increase in hate crimes this year, more attacks go unreported. This can be attributed to many factors beginning with language barriers and access issues. To begin with, cultural barriers are imminent in the community where members distrust the government and fear, law enforcers. There are reports of unprovoked attack of a woman in China Town Manhattan where she was punched in the face while walking on the street by a man.

In another incident, in Chinatown International District where a victim of a racial slur in Seattle Home Depot named Lin was victimized and reported. However, the Seattle Department officer who responded to the call brushed off his concerns, violating the department’s reporting policy. When the body cam video went viral, Lin was on the receiving end from the American public as he became a target of more hate and was branded a liar. Most community members fear reporting crimes against them for fear of being deported.

Prejudice has also played a massive part in increasing the crimes against Asian-Americans. Racists view Asian-Americans as perpetual foreigners, as evident from the innocuous questions about where they are from and that most of their names do not sound English. So, they cannot be U.S. citizens raising hostility towards them.

Secondly, the community faces hate due to the model minority myth, which claims that Asian Americans are the most successful minority due to their focus on family, education and hard work. The notion paints a monolithic picture of the Asian community in the United States as it does not consider disparities within different Asian communities in the diaspora. For instance, Bhutanese Americans experience a high poverty rate compared to other communities.

Therefore, where a member of this community is not successful as assumed, it results from a lack of effort instead of decades of systemic injustice they face. Therefore, the thought has enhanced the creation of a wedge between the community, thereby maintaining the status quo of white privilege and supremacy.

Historical policies continue to haunt the community. Today, it is making them suffer at the hands-of racists in the United States. For instance, the Chinese Exclusion Act of 1882 restricted Chinese immigration to the U.S. Congress passed the exclusion act to alleviate workers’ demands and suppress prevalence concerns on maintaining racial purity. This Act has contributed to silencing the community till now. As a result, the district has resolved to be self-reliant, not bringing into light the issues surrounding the community. Sayings such as “Keep your head down” have been passed down to generations.

Consequently, they experience violence, bullying and discrimination and choose to stay silent about them.  Their silence makes the perpetrators of the hate crimes perceive them as easy targets and advance hate crimes against them following their lack of self-advocacy. Other members have internalized the myth of the model minority, believing that they should be role models of success in different aspects of life. Failing to tolerate abuse and preserve the collective honour of becoming role models and bringing pride to the community may get a sense of guilt and shame of letting down the family or community.

Other community members have inherited the feeling of indebtedness to America from the first generations of Asian immigrants. They feel that since they moved to America to escape harsh conditions at home, such as war, human rights abuses, and better education and economic activities, they must rationalize racism. For them, this is a small price to pay for their admission to the country. With this, most of them will not report the abuses they face. As the perpetrators go unpunished because of this normalization by the community, they keep on spearheading hate crimes with a feeling that their dream of achieving a white and supreme society is near.

Also Read...  World Leaders Congratulate Dr William Ruto on His Election as the Next President of the Republic of Kenya.

There is, however, hope for members of this community as there are many available options to curb the rising cases of Asian- Americans hate crimes. The first solution lies for members of other communities to stand for their Asian American friends and families. Members of different communities can do this by supporting their Asian American peers in activities in their lives such as checking on them, running errands and generally offering help. As members of this community are afraid, these gestures will reassure them as members of American society.

Secondly, the general public should speak out and report hate crimes and incidents. As hate crimes in the community are underreported, leading to escalation, the general public has a role to play. This strengthens awareness and increases the chances of perpetrators being punished. Various channels are available in addition to police helplines where people can submit reports in multiple languages, such as the AAJC’s Stand Against Hatred website.

The public should also take part in training about hate and learn the history of Asian American discrimination, as this will give them a clear picture of the challenges experienced by the Asian-American community members. Furthermore, this will help other community members to be at the forefront in the fight against hate crimes by advocating for awareness in their workplaces and reaching out to the elected officials to help them come up with proper legislation that will help the community feel safe and part of a larger American community. Finally, the judicial systems should pass strict jail terms, fines and punishments to the perpetrators of hate crimes to deter others from perpetrating hate crimes.