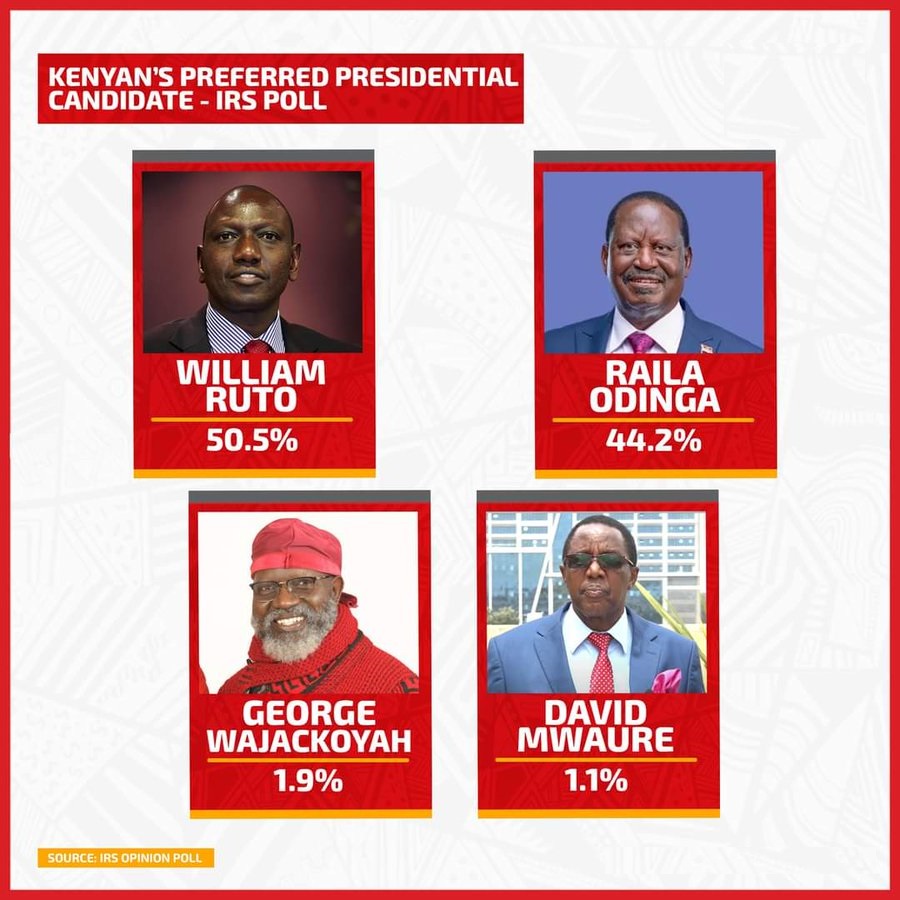 From the polls released today, Dr. William Ruto is likely to get a 1st round win with over 50.5% lead ahead of Raila Odinga who comes second at 44.2%.  William Ruto has managed to narrow down Railas lead in Western Kenya where Raila leads with 53.7 followed by Ruto with 40.6 %. The IRS Presidential Poll shows that Dr William Ruto maintained his support in the Mt Kenya East and West regions frustrating the spirited attempt by Azimio to push for more support. The IRS Presidential Poll shows Dr Ruto making inroads in traditional bases of Raila Odinga including cost region where he pulled 40.2% compared to Mr Raila’s 54.6%.

Ruto seems to have been pulling ahead, infotrack recently deleted a Twitter survey that showed Ruto leading with over 61% with approximately 50,000 respondents. Raila has a strong following in his Native Nyanza region with over 80% following while Ruto has the highest following in Central Rift with a similar following of above 80%, though Raila leads in Most regions, Ruto closely follows him in most regions and beats him in vote rich Regions including the larger Mt. Kenya Region where he has massive following of over 70%.