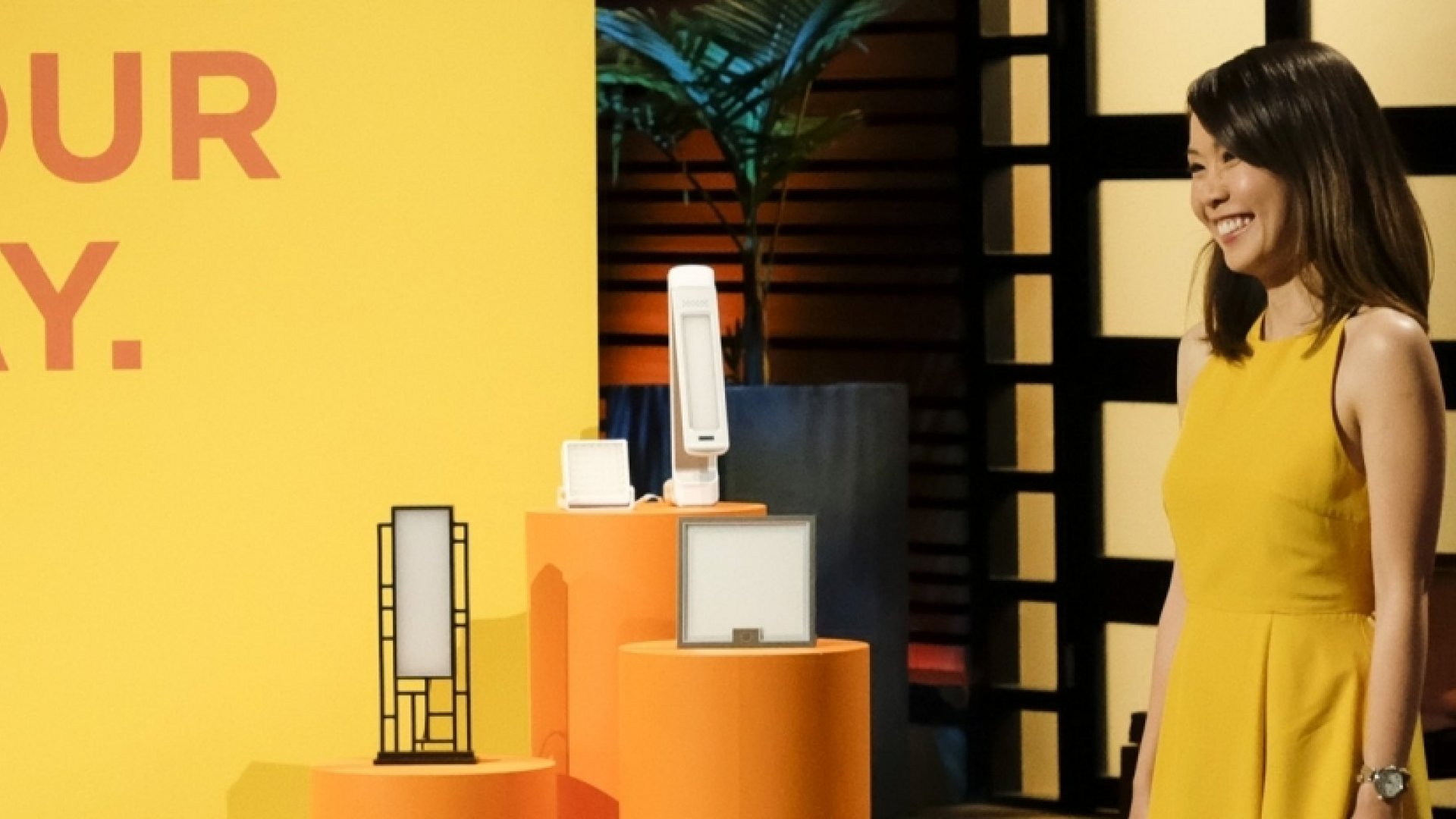 Amber Leong went to Shark Tank like any other investor seeking business partnerships with any of the Sharks to help take her business to a next level. She was initially seeking a $750,000 Investment in exchange for 10% of her business Circadian Optics.

The problem she sought to address was that naturally the sun rises in the morning and sets in the evening, but this does not happen in some parts of the world. Basing on the fact that light is critical for human physical and mental health. The fact that most professionals are stuck in offices whole day and no longer having enough access to sunlight making them tired and unhappy. Her invention allowed her to bring sunlight right to peoples desks, her innovation mimics the color and brightness of the sun.

Amber Leong is originally from Malaysia but at the time resided in Minnesota in the United States where they only got to see the sun 6 months a year. Given that she worked at a corporate job, she didn’t get to see the sun at all across the year, which really affected her so much. She went ahead to purchase a light therapy lamp which though it made her feel better slightly, also attracted great ridicule as her coworkers made fun of her on the size of the lamp as well as the space it consumed on her desk, making her look crazy.

Her lifetime sales were 7.4 million dollars having sold over 4 million dollars over the past year, all her sales were online with an average sale of 37.99 dollars and over 25% profit margins. So far she was doing incredibly ok, but was looking for a strategic business partner to help her grow her business.

Amber Leong grew up poor having lived in a house without plumping back in Malaysia, but always had a dream of going to America, when it was time to go to College, her parents supported her by cashing out their lifetime savings as well as taking loans from family and friends. They managed to pay for her one way trip without a return ticket as well as school fees and one semester living semester.

Nine months after going to America, she was diagnosed with a toxic shock syndrome in which she was given a 50% chance of survival, her parents could not visit her as they didn’t have American Visas. When she survived, she saw it as a gift and a second chance to life, she kept working and sending money back to Malaysia and saving as well, when she had save just enough she took a leap of courage with her business idea and opted to choose creativity over certainty.

Lori Greiner was the first among the sharks to show interest in her idea but Amber Leong wanted to partner with another shark, Mark Cuban was also interested in partnering with Lori. Kevin O’Leary commonly known as Mr. Awesome offered Amber the deal she wanted $750,000 as an outside investor. Mark and Lori offered to offer $750,000 for 20% given that Amber would get two sharks, However, Kevin and Barbara Corcoran also promised to match the offer which Mark and Lori replied that they would throw in an extra $50,000 for her parents. Amber Leong did not even negotiate the offer and went straight to accepting the offer from Mark and Lori.