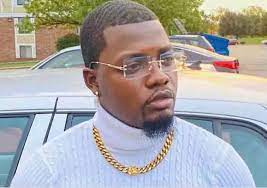 Patrick Lyoya’s story resonates with the stories of several other Black families whose loved ones have died at the mercy of United States police. While the story of George Floyd is still fresh in our minds and calls to end racism still ongoing, Michigan Police executed yet another unarmed Black person.

The video of the shooting release just this week, reveal a white police officer blatantly shooting Patrick Lyoya in the head after a little scuffle over the police taser. Some may say the officer was defending himself but would the same case have happened if Patrick Lyoya was White? We have seen situations in the past where white persons hold even knifes and charge at the cops but never got hurt.

Patrick Lyoya a son of Congolese refugees is yet another statistic of Black People treatment at the hands of the American police system. Patrick Lyoya was simply running away from the cop after a minor traffic stop, perhaps as a result of fear for the police or his previous encounters with the police. Its even sad that Patrick Lyoya was shot from behind, even after the police officer had subdued him.

In a period where minorities residing in predominantly white countries are genuinely considering relocation to more receptive countries, it is regrettable that persons bestowed with privileges to protect are the ones causing insecurities among the people of color. Even as the people of Michigan continue to protest, and promises by the police to open investigations, to date, there seems to be little or no progress made towards reducing police instigated violence particularly towards Black communities.