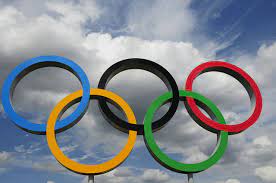 Over the past two weeks’ majority of us have been glued to our screens across the world watching athletes compete their hearts out at the global stage. There have been a couple of surprises for instance in 100 meters’ men where for the first time Jamaica and the US were locked out of the Gold medal position by Italy. There has also been underwhelming performances from nations and athletes previously regarded as favorites in some events. Kenya for instance has hardly managed to retain any of its previous medals except for the 800 meters’ men, notable surprises have come from Uganda where Cheptegei, Kiplimo and Chemutai managed to upset their relatives across the border.

There have also been a lot of emotions watching athletes achieve their dream and win medals for their nations. Some like for Namibia, they received their first ever Olympic medal, Morocco produced the first non-Kenyan Gold medal in 3000M Steeplechase in over 50 years, we watched an adorable moment when tow athletes decided to share the Gold medal in Men’s high jump.

Nevertheless, what should be of concern to most of us sports lovers is how medal positions are restricted to only three positions, in events where the difference between number 3 and 4 could be a hair string, it is utterly unfair to lock out number four and five from the podium. Imagine running 42 kilometers for two plus hours and appearing fourth, sweating your heart out only to be ignored and jetting back to your country to silence, news outlets having your face in back covers just to bolster the stories of those who made it among the top three.

In some events a single nation wins the top three medal positions locking out the efforts of other nations or even those athletes who worked hard and appeared fourth. I mean what will we lose by introducing two more medal positions? It’s a global competition where lucky athletes get a chance to only represent their nations once while the extremely lucky and good ones get two to three chances. Does it mean coming fourth or fifth is not good enough regardless of whether or not you break a world record in that position? It is time for the world to introduce two more medal positions for the next Olympics. It is an idea whose time has come and adequately recognize efforts of athletes who sacrifice so much in their life’s to provide entertainment and encouragement to thousands across the globe.