I Wandered Lonely as a cloud

I Wandered Lonely as a cloud by William Wordsworth is a lyric poem that revolves around the speaker’s state of mind. The process that the speaker goes through as described is symbolized by a natural scene where the speaker is united with plants and the environment. I Wandered Lonely as a cloud poem was authored in figurative language that includes similes, images, and words denoting changes that are psychological, physical, and emotional. This analysis adopted a Formalist criticism critical approach to examine the links between the natural scene and the speaker’s state of mind through scrutinizing the imagery and figurative language used in the poem with a specific focus on ascertaining how the connection shapes the poem’s effects on audiences.

The poem starts with a simile that the author uses to inform audiences about his thinking process as free, aimless, and wandering of a cloud within the celestial route above the earth’s surface: “I wandered lonely as a cloud”. It’s clear that the speaker in the poem had no intention for his actions or purpose, he allows himself to be swayed by whatever comes or leads him in any direction. Like the cloud, the earthly hindrances do not distract him. Nevertheless, amidst the freedom and absence of obligations, the speaker finds himself secluded. This probably implies that he lacks connection with the human earthly and physical world justifying the choice to identify himself with clouds that float above, not distracted by what happens below, and acting simply as a passive spectator.

Perrine defines figurative language as “a way of saying something other than the ordinary way”. The simile in this case has been used figuratively to force audiences to mirror what was happening in the speaker’s mind and though it’s not possible literally for humans to wander as the cloud, we can relate to similar circumstances here on earth. There are also state changes within the poem when the speaker surprisingly notices several daffodils by the lake: “All at once I saw a crowd / A host, of golden daffodils”. Two keywords have been used to show emphasis on the number of flowers crowd and a host. However, there is an obvious contradiction between the speaker’s position and the daffodils: he is alone outnumbered, they are beneath the trees while he is up.

The daffodils have been personified with the speaker describing their movement in the wind as “an act of fluttering and dancing”. The scene has a peaceful and calm atmosphere. The wind bridges the speaker’s worlds as a cloud in the sky while the daffodils move in the light breeze.  According to Sayakhan, Personification means using comparative similes and metaphors to give qualities to non-living objects or ideas. Living things are known to dance, non-living things even though they get swayed by the wind do not dance. The personification of the daffodils jokes the human mind of how cool the atmosphere was. However, the contradiction brings about a confusion that forces the audience to think and believe there was something more with the mention of daffodils.

The second stanza presents another instance of smile where the speaker uses it to draw comparisons between the daffodils and the shine of the stars. Given the earthly daffodils are identified with something from the speaker’s metaphorical world. The speaker seems to position and rank them above the Milky way stars, hence bringing them much closer to him. The daffodils have been attributed with an aspect of eternity, infinity and without limits. He says that they are uncontrollable just like heavenly stars. The speaker also attempts to catch ten thousand daffodils with one glance. According to Rafsanjani, Figurative language are words that exaggerate the normal meaning in figures of speeches of the component of words. Daffodils have been used and emphasized in this case to show value. To the speaker this are moments to cherish, drawing comparisons with the biblical heaven to imply something out of this world.

The simile helps to keep the audience envisioned what is happening as well as remember scenes for long. He is certainly impressed by the flowers and their dance-like moves in the wind “tossing their heads in sprightly dance”. The personification in this case represents the vitality and vividness of the flowers as part of scenic nature and elements that complement each other. This explains the speaker’s state of mind in reference to the atmosphere he was in, though in mind, reminds the audience of the many rare beautiful scenes in our environments. This is something many audiences can relate to, as we often get glued to some beautiful places we visit and sometimes lack words to describe.

When the speaker deserts the lonely cloud for the cheerful daffodils, it is meant to remind audiences of their personal experiences and the choices they have made along the way. As described at the start of the I Wandered Lonely as a cloud poem, the speaker really valued the wandering clouds, but we now learn that he deserts them for the cheerful daffodils. The poet is attached to something, he outlines his purpose as a poet, author of literary pieces, that signifies the splendor of the daffodils. “A poet could not but be gay/ In such a jocund company”. This serves as a point of diversion in the speaker’s mental state as outlined at the beginning of the poem.

The speaker lacked compassion when he began and even lonely, but now changes his mind showing signs of affection to the daffodils. Indeed, the poet serves to remind the audiences about human life and experiences. His amazement before him is noticeable. “I gazed and gazed but little thought/ What wealth the show to me has brought”. Gazing at the daffodils is obviously constant and a bit lengthy. The speaker is glued upon them, not imagining the affluence such a sight could bring him. This clearly distracts him perhaps in the right direction, that he forgets his desperation of loneliness. It is at this point that even the audiences that had felt desperate before for facing the same situations as the speaker feel re-energized that indeed one can find purpose after desperation.

The poet presents a case where the speaker explains his state of mind from a different perspective. He explains the natural scene and the procedure depicted by the imagery of the wandering cloud, celestial beings, daffodils, stars, breeze, and Milky way into words that are relatable by the audience. He pronounces himself as lying on the couch as a normal habit when he gets to daydream, reflecting of normal thoughts. At the state of dreaming, he is alone in solitude, the daffodils penetrate into the imaginary world created in his mind, which gives him great happiness. A similar natural scene has written about in the first stanza is part of the happiness that replaces the loneliness and desperation emotions at the end.

The nature scene, figurative language and use of imagery within the poem all have significant roles in helping audiences understand the speaker’s mental state as the transitions he makes along the journey. At the start of I Wandered Lonely as a cloud, the speaker compares self to some wandering cloud, when he encounters the golden daffodils, he immediately is aware of their value and elegant movement by the wind. He brings the audiences closer to his situation with the daffodils by describing them more from the celestial world. The speaker later gets drawn to the world of the daffodils where he gazes at them constantly. His previously desperate thoughts now are given meaning and some purpose. After joining the daffodil’s company, which can be delicate to maneuver, he wakes up on his couch turning to the earthly world.

The speaker had trouble at the beginning that made him relate to a wandering cloud obviously without direction. After his encounter with the daffodils, the value, beauty of the nature scene inspires him into happiness. The daffodils encourage him to face his loneliness and the only thing in his mind is happiness from the daffodils. The poet has used clearly uses the story in a dream to write about something which many people go through but hides it in similes and figurative language that then subjects it to multiple interpretations. The natural scene in this case for me represents a conducive environment for one to thrive and feel challenged at the same time to fight his/her challenges. The daffodils make the story memorable and perhaps even impactful to the audience in a way that they can apply it in their personal life’s. 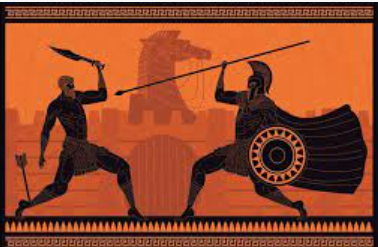