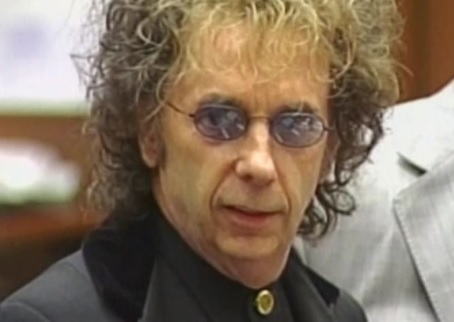 Phil Spector produced half of the 40 pop music hits between 1961 and 1965. His skills influenced major artists including Bruce Springsteen and the Beach Boys.

Phil Spector was born in Bronx, New York on December 26th, 1939. He was best known for pop music with his “Wall of Sound” approach to producing top-notch orchestral studio recordings. He had a troubled life with a history of gun violence, drugs, and alcoholism.

Spector’s health condition deteriorated with reports reaching media houses that he was under care at the Correctional Facility’s Health Unit. His health condition was however not disclosed. Furthermore, a mugshot taken of Spector from prison revealed that he now had bald hair completely different from his signature look during his trial. In addition, the photo also showed that he was now using hearing aids on both ears. With the Covid 19 fiasco, it was feared that perhaps prisoners and certainly the aged ones like Phil would be at the receiving end of the pandemic.

Phil Spector was married to Annette Merar who was the lead vocalist of the Spectors three. Given that Phil produced for the group in the 1960s, their relationship developed but never lasted. It was alleged that Phil was also having an affair with Veronica Bennett Ronnie Spector The Ronettes lead singer. Phil was very instrumental in putting together the band and their constant interaction soon blossomed into an affair. Phil divorced Annette in 1966 and married Ronnie 2 years later.  Phil also divorced Ronnie in 1974 in what Ronnie alleged was due to emotional distress. Phil married Rachelle Short in 20o6 and divorced in 2016 on what was termed as due to irreconcilable differences. Phil also dated Janis Zavala in the 1980s.

Phil Spector wrote a number of original songs as well as re-writing songs previously written by other artists. His top 50 songs include the following;