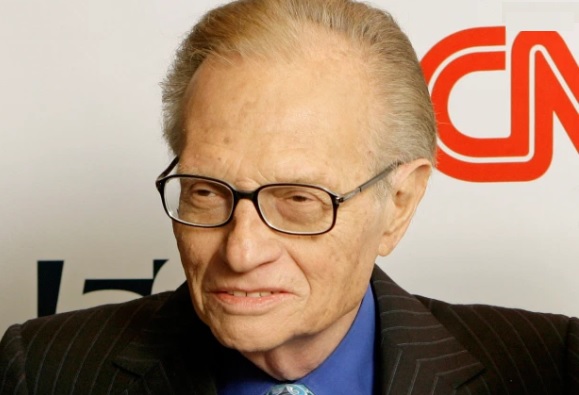 The news about his passing was posted on his verified Facebook account. His son further confirmed the passing of the legendary journalist on Saturday Morning. The message read.

“With profound sadness, Ora Media announces the death of our co-founder, host and friend Larry King, who passed away this morning at age 87 at Cedars-Sinai Medical Center in Los Angeles,” the statement said.

“For 63 years and across the platforms of radio, television and digital media, Larry’s many thousands of interviews, awards, and global acclaim stand as a testament to his unique and lasting talent as a broadcaster.”

A family insider disclosed that Larry had been hospitalized in later December of 2020 with Covid -19 at Cedars-Sinai. He had also battled a number of health problems previously suffering a couple of heart attacks.

Larry king Himself revealed that he had been diagnosed with lung cancer in 2017 and went through a successful surgery to treat it. Larry also suffered an emotional personal loss in 2020 when two of his children Andy King and Chaia King both passed away in a span of weeks.

Also Read...  World Leaders Congratulate Dr William Ruto on His Election as the Next President of the Republic of Kenya.

In June of 2015, while on a Team Coco interview, Larry King revealed that he was not into technology and though he was on the internet, he still used a Flip Phone, he further revealed that he didn’t text but received text.

As much as he appreciated technology and how the world was moving, he felt that the world should slow down a little. Using an example of his turn key house in Beverly Hills, he said that the house was computerized and heavily relied on technology, such that when one thing fails everything fails, he was amazed that the guy sent to repair didn’t know what a switch was.

People also do not know that Larry King began his job as a Disc jockey but later went on into an accomplished journalist interviewing every US president from Gerald Ford to Barrack Obama. Larry was also a news maker himself with one of trending stories written about a moment when he picked a personal call in the middle of an interview.