Why you should not board the adopt Solar Power train. 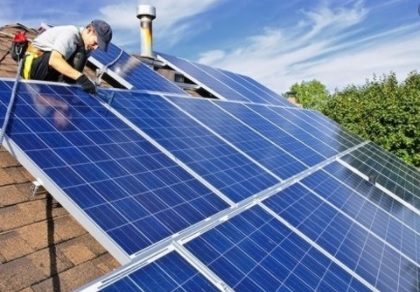 As much as Solar energy comes with the promise of eliminating electricity goals, there are serious concerns that most companies trading solar panels do not disclose to consumers.

Mr. & Mrs. Allan from one of the remote villages in Africa, were talked into investing into a solar solution for their upcountry homestead. Given that the main Electricity provider was yet to penetrate to their village at the time, there were offered what they believed as a cheaper solution to electricity. The company an intermediary for the solar manufacturer, had partnered with a local Bank to help finance customers to acquire Solar Panels.

Neither the Bank nor the customers did any due diligence on the quality of the panels or the reputation of the manufacturer. Six months after installation, all the three solar panels at their rooftop were broken apparently due to water damages and poor installation. The family were yet to even complete making repayments on the financing, they were now without electricity again with initial investments in a solar solution resulting in sunk costs.

A number of major Solar Panels operators especially in Africa have been banned in Europe for quality concerns. Majority for countries in the region are yet to put in places legislations to govern the use and installation of solar power creating a loophole for shut down countries in Europe particularly from China to have access to an unregulated market.

The solution is also promoted as Green energy but why do we forget the impact on environment that broken solar material disposed on open land has? Technological products disposure is and remains a major challenge in most countries, and close to 80% of solar waste material ends in open land. Solar Panels are also supported by Batteries another major contributor to environmental pollution with Solar solutions proponents wanting to hear none of these. The fact is Solar energy as much as its green stands to indirectly cause more damages to the environment than Grid Electricity. Solar panels can’t be repaired and there is no way of reversing damages on any of them.