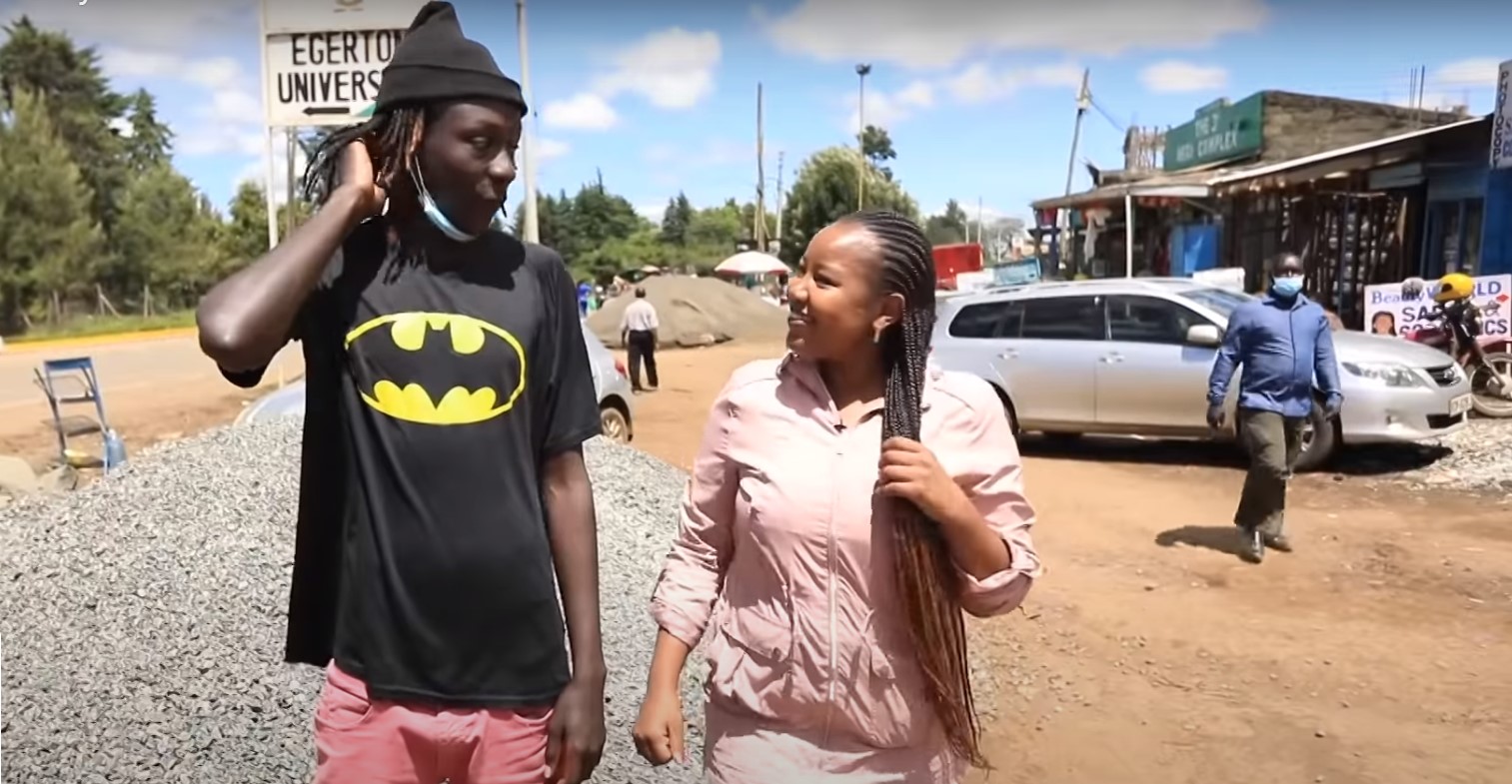 Most if not all human beings have people that they love yet they can hardly get to them.

Many Kenyan celebrities during interviews have expressed admiration for US established artistes and actors whom they say they have a crush on.

This was no different for Nakuru based fast rising comedian Brayo Chizi from Nakuru whose immeasurable admiration for TUKO.co.ke TV anchor Lynn Ngugi could not be hidden anymore.

The comedian who is attracting a growing following on YouTube on October 6, 2020 took to social media to hilariously express his admiration and “love” for Lynn as a person and an exemplary journalist.

He boldly referred to Lynn as his crush and waxed lyrical about the reporter who has touched many lives with her human interest stories that have boosted her organisation’s YouTube subscriptions.

He went ahead to say that despite the fact that he did not have enough money to cater for his crush’s needs, they would marry and share her resources now that she had a job.

“I know I don’t have money but don’t worry we will spend your money until the day I get mine, I always fantasise when we sit with you in a bedsitter. I have put my head in your laps and you hold my beards planning the way we will buy a house Runda,” Brayo said.

Lynn gets into the box

Lynn being a gentle and a humble soul she is responded to Brayo and even urged her supporters to endorse or dismiss the date.

“This young man by the name wants to go for a date with meÂ my people now play like you this post to get 10K likes and 100 shares and see me going to this date.

“Tag your favorite restaurant even if it is a booth. A place we can go and have a great meal and laugh with Brayo. Those who have said I should interview him too, I have heard you. Game for you,” she stated.

Brayo’s wish was finally granted after online fans who supported the date to happen outweighed those that opposed it.

A month later, in a video posted on her YouTube Channel Lynn Ngugi travelled to Nakuru to meet Brayo in fulfillment of the date that turned out excellently.

The TV reporter was amazed to find out that Brayo was shy away from his active Facebook page shortly after embracing.

True to the rules of engagement Lynn and Brayo went to a kibanda and enjoyed a meal of chapatis and greengrams.

Brayo also took the opportunity to introduce his lover of four years Patricia to Lynn.

“How did your lover feel after you said you had a crush on me,” Lynn posed.

Brayo responded that Patricia was okay with it because she knew it was just the love for the work the journalist done and nothing about their relationship.

“She also has her crushes like Tecno, only that she has not met them. For me I have met my crush,” Brayo said as Patricia joined in the laughter.

Patricia, also a shy personality confirmed that they had dated for four years acknowledging that she was Lynn’s supporter.

Brayo disclosed he had unsuccessfully tried to get to stand up comedy arenas but never made it in auditions making him to focus on the social media platform.

He said he had given up but Lynn told him to pursue his dream despite how many times he fails.

“Don’t give up because you have been unsuccessful four times. Do what you are inspired to do. The two of you should also hold on to one another and dump the notion that relationships don’t work. When everyone puts their effort and have God at the centre, the relationship will work,” Lynn counseled.

Brayo who also helps netizens to find their perfect matches through his fan page vowed that he would marry Patricia even as Lynn pledged to support their works.

“You have a bright future. Don’t stop doing this. I will support you where I can because social media can impact lives if we choose it to do so,” the Tuko TV queen said.