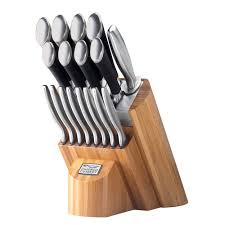 Former Kakamega Senator Boni Khalwale is a happy man after adding a grandson to his pool of grandchildren.

Khalwale who before ascending to be a senator served as Ikolomani MP has publicly declared his polygamous status and in many occasions celebrated his children who sit for national exams.

On Monday, November 10, however, Khalwale a lover of the bullfighting tradition of the Isukha and Idakhos had an important addition to his family, this time not a child but his child’s child.

The politician announced through his social media pages announced that his son Tigana and the wife Valery had been blessed by a baby boy.

This meant, Khalwale had added to the number of his grandchildren.

“Amazing grace! Today my family hosts my son, Tigana Khalwale and his wife Valery to very special thanksgiving prayers in celebration of last night’s birth of my grandson, Austin Shindishindu Khalwale,” he posted on Facebook.

Khalwale thanked God and a doctor known as Professor Wanjala for enabling his daughter-in-law successfully deliver a grandchild.

Many Kenyans online congratulated Khalwale but marveled at the choice of the second name Khalwale had given his grandsson.

The name Shindishindu, Khalwale’s common political phrase in Luhya which means “another one” or “something else” basing on the context was the centre of discussion online.

Many said they were unable to pronounce the name equating it to a tongue twister.

Adelaide who used to work as a secretary at Masinde Muliro University of Science and Technology (MMUST) passed on while undergoing treatment at the Moi Teaching and Referral Hospital (MTRH) in Eldoret.