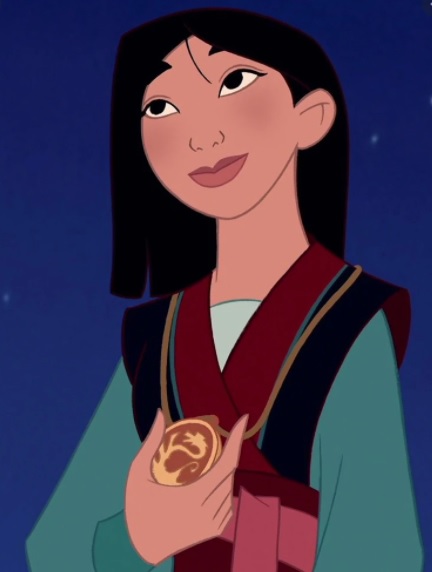 Around the world, women gender has always been considered the weaker sex. For example in Imperial China, women assumed a subordinate role to men; they had no powers within the family. Such norms take a long time to change; even with modernization and cultural exchanges.  Nevertheless, characters in films may gradually help to change such perceptions.  The movie Mulan is a female warrior legend. It depicts the strength of a woman. With a story of an old retired general, Mulan dresses herself in her father’s gear and cuts her hair short so she could disguise herself as a man to be able to take part in the warfare. It actually presents a strong, powerful agenda of how transgender roles have developed and no longer static to one specific gender. Women can perform task considered to be men oriented and vice versa.

This change is inevitable as displayed in the movie. There seems to be a strong message in the film of Asian powerlessness of women such that if a female Asian is seeking empowerment, they must say no to the Asian culture which suppresses women not giving them the chance to express themselves to perform duties regarded as men oriented. The film Mulan, shows that women in the current society can perform various task which they are considered to be men oriented. The action of Mulan, performing men duties as depicted in her capability of fitting to her father’s shoes in the army, illustrate that women gender can perform effectively duties of men thus showing how change is eminent towards transgender roles and activities in the current society. The character portrait by Mulan is seen as an oppressed Chinese lady. The traits depicted include being an honorable lady. She is so honest to her parents. The courageous character of Mulan, illustrates someone who speaks her mind out rightly.

Mulan depicts strength of feminism; she elevates herself against the retrogressive ideology of the badan. The notch of the film incorporates how Mulan; a young woman steps in for her ailing father and offer her fighting strength in the Emperor’s army, she performs the duties perfectly quite contrary to the expectation that they are considered of men gender.  In the process, she outshines the male individuals to offer victory to China. Mulan, goes hand in hand to sing a song of reflection, which values duality of her identity. The task given by the community and the family is the role of being an abject of conservative feminism populist. However Mulan knows that she will always never see the person the family expects however she would not even pass to be a perfect bride.

However Mulan continues to show and lure the reader into the conformity of a well worn trope of badaa, when her rebellion is observed as she leaves the army of Li Shang’s through pretence of her father. In the camp, she is often being confronted with signs of traditional masculinity and rebellious social habits. The current situation she finds herself in is not any good antithetical to the vision of the traditional gender affairs of the rural china culture. The popularized song in the movie entitled , ‘ I’ll make a man out of you, ‘ the army general Li Shang motivates his recruits to bear masculine face and brace for masculine avenue in fighting the enemies. Mulan in this regard has worn the masculine tradition. This becomes visible when Mulan succumbs to the pressure of the tasks given and outdo her peers on every assigned task. She is performing tasks which the male counterparts are not able to perform. She has become the center of attraction as an audience of a man, contrary to the normal beliefs of the Chinese traditions.

Women have often not been regarded as any special entities in the society. The movie has depicted how Mulan a female gender performs duties considered of men gender. In the Chinese culture men are often seen as intelligent, strong and powerful; compared to women who are weak and useless. Mulan has reinforced men gender roles; however she is seen as hero as she is being disguised as a man. The scene shows the highlights of how women can bring honor in their families by just becoming brides and servants. In the contrary society, the women should not be intelligent, however with this believe, this notion has been proven wrong through the actions of Mulan. The movie has focused on gender aspect as observed in the current society and across different cultures.

Mulan feels too weak as a female gender, thus by acting as man, will bring honor to the family. Women thus have shown resilience to endure toughest tests of their lives through their ability to perform duties and tasks often associated with men. The actor, Mulan, has proven this wrong. She has brought out aspects of courage and vigor the women gender have, thus signifying that women can no longer be ignored in the current society. What men can do, women are also capable of. Mulan has demonstrated gender roles in socialization perspective and consequences of breaking gender roles. She has broken the stereotypes which often the society views as accorded to certain specific gender. Normally women have always been conditioned to be below men. The cultures across different cultural settings have often portrayed women below men, but now times have changed and Mulan has explicitly displayed this through her courageous acts to prove this notion wrong.

Concluding, the film Mulan, takes the issue of gender performances into center stage, it vehemently highlights that gender is not an inherent trait but performed actions. Mulan performs exemplary duties of a man, she portrays female skills in order to save the emperor, and thus Mulan shows that gender roles are not always static, but are rather culturally defined and can be modified to suit any situation. The marginalization of the women gender has been showcased in the movie. Mulan has successfully reinforced binary understanding of gender through construction of women, stereotypical feminine qualities and gender performance. Thus as a result of the depicted stereotypes, it often leads to disempowerment and social oppression, leading to a patriarchal society, however with regard to the Film Mulan, the narrative is proven wrong.