Vote like this country depends on it, Lady Gaga tells voters in Joe Biden’s rally 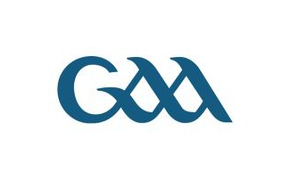 Musician Lady Gaga has passionately called on US citizens to vote in today’s (Tuesday, November 3) elections as if their lives depended on it.

The “Rain on Me” singer urged the voters to make the US elections a matter of life and death by massively voting for Democrats’ candidate Joe Biden who is seeking to oust incumbent Joe Biden.

Speaking on the eve of Election Day (Monday, November 2), Gaga who threw her support behind Biden during a rally at Pittsburg according to popsugar.com.

Gaga, before getting to make her musical performance made the passionate appeal to voters to ensure Biden beats Trump in the elections.

“Be willing to do everything it takes and show up to vote. Vote like this country depends on it because it does,” Gaga said.

She said that despite the high number of early and mail-in ballots being promising, voters needed not to be comfortable but continue casting their ballots and in favour of Biden.

“It could be tempting now but it is not a time to feel confident and sit back. Not it’s time for action, to muster all our energy, every ounce of us, hope, optimism, enthusiasm. Every ounce of fear and frustration and discouragement, now is the time to show up and vote like this country depends on it,” she added.

According to Gaga, Pennyslavia could be the place that could determine who carries the day between Biden and Trump thus the need for as much as possible people to vote.

She also never missed to use the chance to criticise Trump, inclining on his perceived offensive treatment of women.

“To all the women and all the men with daughters and sisters and mothers, everybody, no matter how you identify, now is your chance to vote against Donald Trump â€“ a man who believes his fame gives him the right to grab one of your daughters or sisters or mothers or wives by any part of their bodies,” popsugar.com quoted Gaga.

Locally, US Ambassador to Kenya Kyle McCarter indicated that he had already mailed his voted and its receipt confirmed saying he was excited to cast a ballot for the 9th time.
“It is now time to wait for the results. US voters in Kenya can do their voting at the Embassy,” he was quoted by Tuko.co.ke.