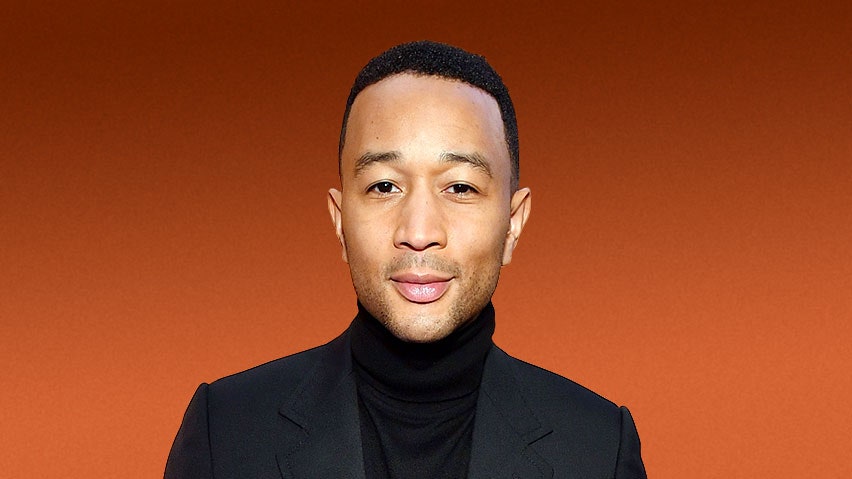 John Legend spoke as America is set to go on the polls on Tuesday 3rd 2020 to elect their present for a four-year term. President Donald Trump is seeking re-election under the Republican party as he faces off with Democratic party candidate former US Vice President Joe Biden.

In a bid to convince the electorate, candidates have recruited artists who are known to have a huge following and influence across the United States. On Monday, John Legend while in a drive-in rally in Philadelphia for Kamala Harris, the Democratic Party nominee for Vice President, threw shade at rappers who have allegedly declared support for Donald Trump as well as proposing the name sunken place to the super group.

John Legend even alleged that some former famous rappers have bought in to Trump’s lies. In an election whereby political analysts believe Joe Biden my Triumph, Trump will surely need all the support he can get. A few days ago Rappers Lil Wayne and Lil Pump endorsed Donald Trump.

On Monday while inviting Lil Pump to stage, Trump called him Lil Pimp a clear disrespect to the artists even after he declared support for him. Though he later corrected himself, Trump is known not to make such mistakes and might have done it intentionally.

Award winner Rapper 50 cent had also endorsed Trump but has since retracted after an alleged backlash. John Legend warned the people of Philadelphia not to be suckered by Trump’s fake promises.

“You can’t bank on a word he says,” the singer said. “Ask the students of Trump University. Ask all of the contractors he stiffed. Ask the people his charity were supposed to help before it was shut down for being a fraud. Ask all the Black and brown Americans who are dying from this virus and losing their jobs under his watch.”

American actor Ice Cube has also supported Trump Re-election. Earlier in the week when Ice Cube and Lil Wayne were asked why they supported Trump, they replied “Taxes” something that can be misconstrued to mean they are supporting the president for personal benefits rather than the interests of America.

While Cube did put laughing/crying emojis with his immediate response to the clip, which he shared on Twitter, he also made it pretty clear that he took issue with the what he called the show “trying to reduce me to greed.”