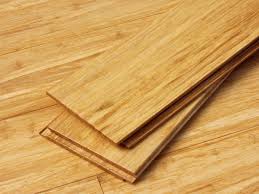 The former Head of State death announcement was made on Thursday, November 12.

He was reported to have passed on while receiving treatment at Korle Bu Teaching Hospital where he had been admitted for about a week.

It was not clear which ailment had taken him to the hospital according to Daily Graphic a State-owned media outlet.

His death comes barely a month after the former president buried his mother.
Rawlings was born on June 22, 1947 in Accra, Ghana.

The late former president was married to Nana Konadu Agyeman-Rawlings.

They had four children together: three girls and a son.

His mother was a Ghanaian while his father was a Scottish.

Rawlings attended Achimota School where he got his O level General Certificate in 1966.

After school Rwalings enrolled to the Ghana Air Force as a Flight Cadet in 1967.

Here, he underwent cadet training at the Ghana Military Academy and Training School, Teshie, in Accra.

A year later: 1968, he was deployed to Takoradi in Western Ghana to continue with the training.

The ex-military officer passed out from training in January 1969 being a commissioned Pilot Officer.

His exemplary performance earned him the cherished “Speed Bird Trophy” after he emerged the best cadet in flying and airmanship.

In 1978 Rawlings earned the rank of Flight-Lieutenant.

In 1979, Rawlings and other six officers were charged with leading a mutiny of junior officers and men of the Ghana Armed Forces on 15th May, 1979.

On June 4, 1979 Rawlings was gotten out of custody and together with military and civilians led a revolt which ousted the Supreme Military Council.

The revolt brought into existence Armed Forces Revolutionary Council (AFRC) into being.

Rawlings then led the AFRC to clean the rotten military and end corruption.

On September 24, 1979 AFRC handed over power to civilian Government of the People’s National Party (PNP) which was led by president Hilla Limann.

This led to the formation of a Provisional National Defence Council (PNDC), comprising civilian and military members and the deceases was made chairman.

On September 14, 1992, Rawlings ceased to be a member of the Ghana Armed Forces and formed the National Democratic Congress party.

The party participated and won the 1992 Presidential and Parliamentary elections.

Rawlings and his party got reelected in the 1996 General Election and he served until 2000.

Besides politics, Rawlings won the the 1993 World Hunger Prize.

The deceased had a Honorary Doctor of Law Degree from Medgar Evers College, City University of New York and Lincoln University Doctorate Degree for Diplomacy and Development.