Gigi Hadid shares photos of her daughter for the first time. 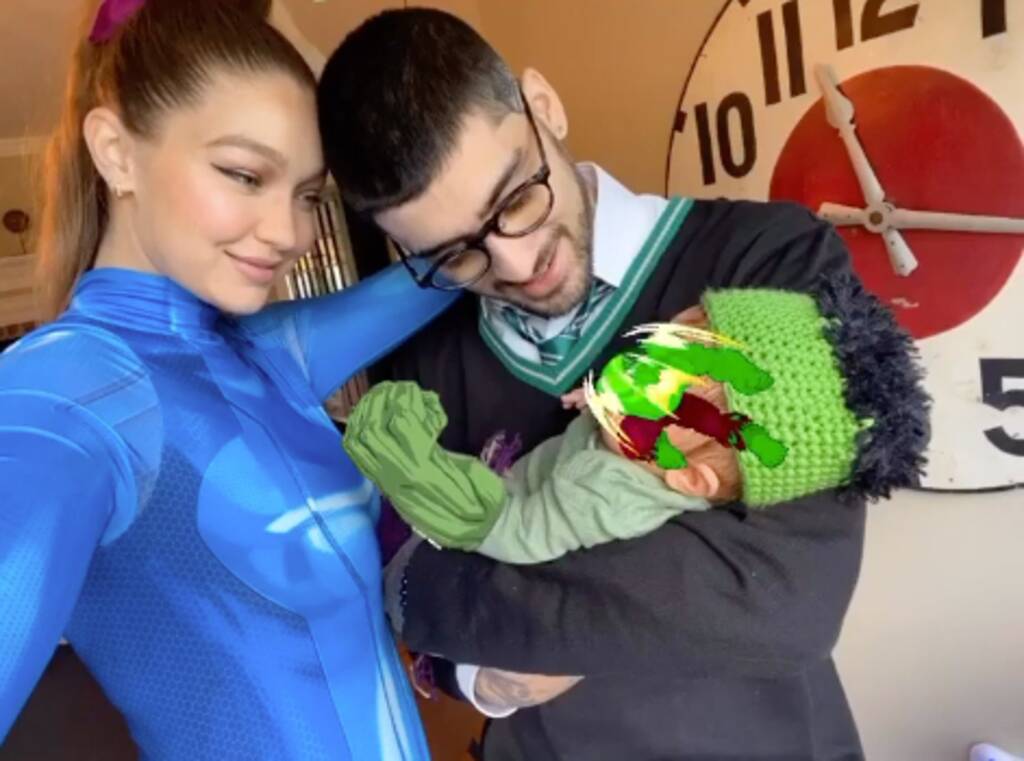 Gigi Hadid and her husband Zayn Malik shared a photo of their daughter in one of the weirdest ways ever. Gigi dressed as Samus Aran while her boyfriend wore a sweater just like a character in Harry porter, their daughter was dressed as the Marvel superhero, The Hulk.

This is the first time the public get a glimpse of Gigi’s daughter in a full photo with fans across the world yearning to know her name. Despite Gigi posting a full picture on Instagram, she hilariously blocked the baby’s face using a digital sticker. The sticker has been associated with Gigi’s remarks that she wants to raise her baby in privacy.

Her husband Zayn expressed gratitude when their daughter was born and vowed to stick by Gigi Hadid and never to disappoint her. The couple have been spending time with Gigi’s mother Yolanda in Pennsylvania in a bid to be away from the Paparazzi’s as much as possible. Though the family claims that the couple chose to stay in Pennsylvania to self-isolate during the Covid Pandemic season, people in the showbiz industry believe that the real reason behind it is privacy.