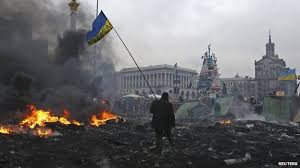 At the age of 10, most people hardly know what they want to become in life, leave alone having an income.

This is however, not the case for 10-year-old comedian Emmanuella Samuel popularly known as Emmanuella who at this small age has built a huge and beautiful house for her mother.

It is a promise she made and true to her words, it is no longer a castle in the air but a physical house.

Her mother was all smiles and her joy could not be hidden anymore when the expensive gift was given to her by the small daughter.

“I built this for u mom. For all the prayers, all the encouragements and support. Mummy I know you said u want a portable house and this is it,” she said.

The comedian popular for her role in Nigerian Mark Angel Comedy, her mother wanted a moderate house.

That’s what exactly she granted her mother – the wish of a moderate yet beautiful house.

Another bigger house for mom

The comedian is not yet done though, she has promised to complete a bigger mansion for her mother before the end of the year 2021.

“Forgive me because I must complete ur mansion for you next year. Don’t worry it wont make us go to hell my super Christmas mummy. I Love you,” she posted on her Instagram account, making a slight joke about her mother’s strong spiritual status.

The house was themed with a Christmas feel – yes Christmas came early for Mama Emmanuella.

The young comedian made her debut to the comedy industry at the age of six courtesy of renown comedian Mark Angel, the latter who acts as Emmanuella’s uncle.

Her brief skit with Uncle Mark went viral and drew attention to her opening the little girl in a world of opportunities and fortunes.

Uncle Mark told Nigerian Publication Legit.ng that Emmanuella was his neighbour’s daughter and randomly picked her to play the role of a young child for his comedy skits.

Sometimes luck or is it blessings, can literally pick on you. The rest is the success and inspirational story we are reading.

Mark Angel praised Emmanuella’s act saying that she had done what many men had not done.

“When I was Emmanuella’s age, I was still bathing outside self. But at this age this kid has built a house for her mom. I am now sure that I wasted my childhood playing “war-start”.

“Congratulations darling. Tah you are a man! Forget gender! May the God almighty that used you to change our lives continue to bless and keep you. Sis you na boss,” Mark Angel posted.

TrendingLeo.co.ke congratulates Emmanuella for her kind deeds and urges parents to support their children’s gifts.