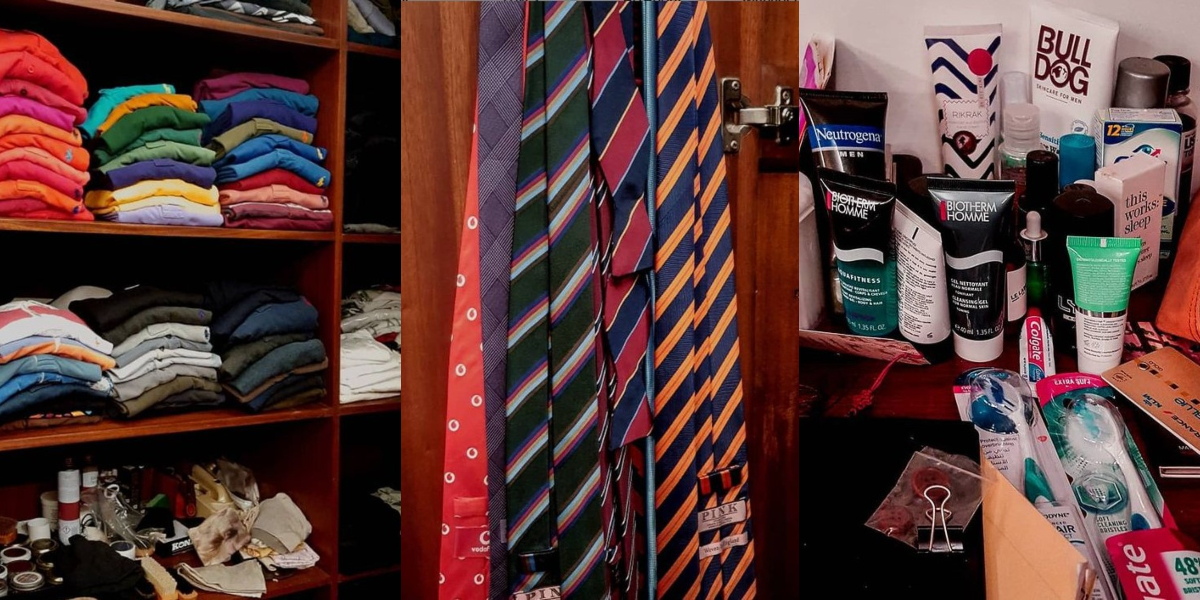 The Guyanese-born British businessman had served as multi-national telecommunications company Safaricom’s CEO between 2010 and 2019.

Shortly after Collymore’s demise, Kamiru said she had lost her sense of smell since the death of her love and thanked Kenyans for overwhelming support during her time of grief.

Collymore was known to dress smartly and had numerous pairs of suits which perfectly looked good of him.

During an interview with Citizen TV’s Jeff Koinange, Collymore said he used to import his suits.

From light blue to white linen ones, Bob loved his suits designed by Mudi Africa, which he said was his favourite designer.

Wambui took to her Instagram page to showcase the wardrobes of her late lover and hinted she would present the photos to a photography contest.

She said the photography was part of a large installation documenting the process of grief.

“This photography series is part of a larger installation work, currently #workinprogress around the process of grief. Show opening 2021,” Kamiru disclosed.