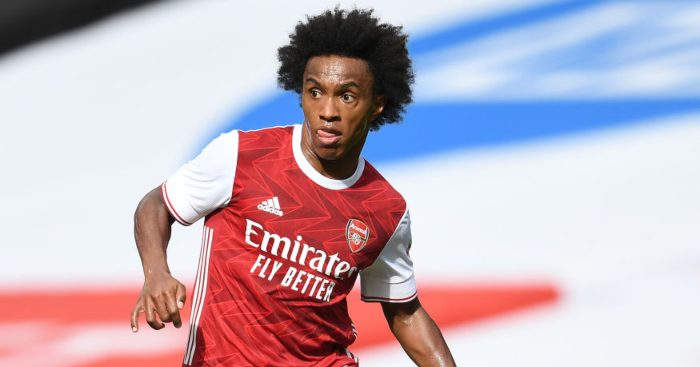 Arteta joined Arsenal mid of the 2019/2020 season after the previous coach Unai Emery was perceived to have lost trust with the Arsenal team and fans. When Arteta was given the top job at the Emirates, he quickly won back trust from the players and fans as well, managing to lift two major cups, The community Shield and FA Cup in his first half-season. He also brought back Mesut Ozil who had been neglected by the previous coach.

However, given the challenges in the squad, most football fans were eager to see what new additions Arteta would bring into the team during his first player transfer. He managed to bring Pablo Mari on loan from Flamengo, Cedric Soares from Southampton with the later impressing so far while the latter has been pretty much been on injury since signing. Furthermore, the two were given permanent deals at the 2020 summer transfer.

Big summer signings included Gabriel Meghalhaes from Lille and Thomas Partey from Athletico Madrid. Gabriel has so far proved as Arteta’s best signing and has been on the starting lineups on almost all the games since he arrived. He has so far really impressed making Arsenal the best defense in the Premier League since the start of the season. The last time Arsenal had such a good defense was during the Koscielny/Mertesacker last season where the two were solid together even scoring goals against a number of teams.

Thomas Partey has been tipped to emulate invincible icon Patrick Viera, though he has only made two appearances for Arsenal since arriving. His best performance was at Old Trafford against the Red Devils in a match where Gabriel Meghalhaes was seen as the Man of the Match.

However, despite these promising performances from Arteta’s signings, there is one player who was tipped to make Arsenal a better team.  Willian Borges Da Silva arrived on a free transfer from Chelsea as Arteta’s first summer signing in what most pundits believed would make Arsenal a top 4 contender. So far Willian impressed only in his first match against Fulham where he had 2 Goal assists and pressurizing the opposition team into 1 on-Goal.

Willian was brought in despite Arsenal having signed Pepe the previous season who can also play on the wing, additionally, Arsenal had Gabriel Martinelli, Reis Nelson, Mesut Ozil, Bukayo Saka, and Aubameyang who can also play in the same position. Willian was believed to bring in his dribbling skills, accurate passes, and experience from Chelsea. In Recent matches, Willian has had to be taken off before full time due to below-par performances. He has hardly managed to dribble past any opposition player places himself in tight spaces making it hard to pass the ball to, lacks creativity, and Zero match awareness.

Willian has also been poor in helping the team defend with his biggest weakness being his speed on getting back or pursuing the ball. As compared to his Chelsea career where he was known for converting free kicks into goals, he appears to be a totally different player perhaps even justifying why Chelsea did not want to offer him a contract extension.

As much as Nicholas Pepe has also been criticized, he has shown promising progress scoring 2 goals in 3 Europa cup matches as well as rocking 1 goal in the Premier League. Players who are below Willian in the choice list such as Reiss Nelson and Joe Willock have so far impressed better, with many fans calling for their inclusion in the first team in place of the Brazilian.

We, therefore, believe that Willian is so far Arteta’s worst signing based on his performances and opportunities accorded to him so far.