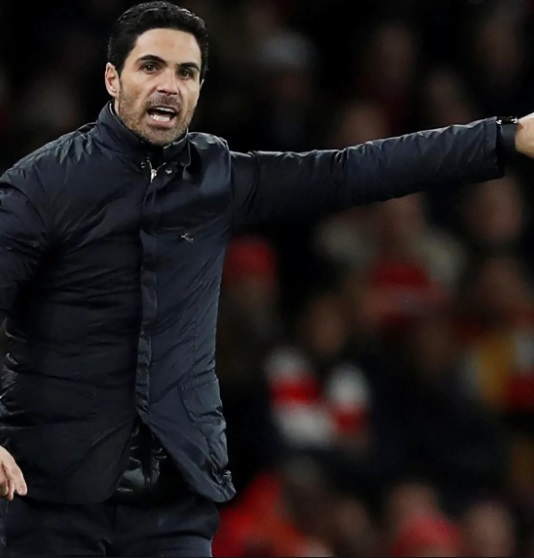 News reaching us this afternoon from the Emirates are that Arsenal are deliberating on terminating the head coach Contracts. Arteta joined Arsenal as a coach in January and has been with Arsenal close to a year now. Initially, he won admiration across the board with pundits saying he was the man to revive Arsenal greatness. Despite winning the FA cup and the community shield, Arteta has not achieved much at the North London club.

Having played 10 matches so far, he seats number 13 in the EPL table with 9 points. This is by far the biggest performance by Arsenal since the start of English Premier League. Arteta has since lost faith with key top players especially after he left out Arsenal’s best creative midfielder from the squad and had trouble managing youngster Matteo Guendouzi.

His game formation has now seen one-time Top League scorer Aubameyang with only 3 goals in 9 games and hardly 4 shots on target per game. Preferred choice striker Alexander Lacazette barely gets more than 20 minutes per game. Arteta is also faulted for Bringing Willian on a free transfer from Chelsea, despite the huge number of Wingers and promising talent at the Emirates.

Word from intricate sources around the Emirates indicate that the Board is currently divided with regard to the choice of his replacement. One group is said to be proposing former Defender and current Academy Coach Per Metesacker as an Interim Manager until the end of the season, while another is of the opinion of filling the position with a much more experienced coach. With Arsenal facing in form Tottenham in the coming weeks, it is almost certain that Arsenal will be fighting relegation by Christmas and may not make it in time for top 10.

A number of fans have also raised their grievances on lack of attacking spirit coupled with lack of creativity. A team that was once known for best creative talent, now struggles to earn a draw with only clear opportunities being a penalty. In the summer, Arsenal’s owner and major Shareholder Kroenke personally made an investment to the club to bring on Thomas Party from Athletic Madrid, a move so uncommon of Kroenke. It is believed that perhaps the owner had some trust with Arteta and wanted to support him fully. However, it’s obvious that Arsenal fans might not see such a move very soon again.

Arsenal had previously made massive signings in Nicholas Pepe and William Saliba only for the latter to be left out of the Squad while Pepe is struggling for first team opportunities.