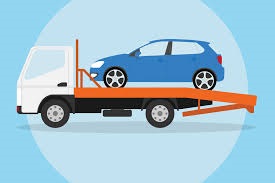 There are six types of repos namely buy-sale repo where the security is out rightly disposed and bought back concurrently by the security holder for later date settlement. There is also classic repo where the seller simply repurchases the assets at a similar price at which it was sold then makes other arrangements to settle interest. The third repo is hold in custody repo where counterparties agree for the seller to hold custody of disposed of securities intended for the buyer until the repo matures. Fourth is tripartite repo where specific financial institutions intermediate between a lender and a borrower to reduce credit risks. There is also bond lending repos where a bond lender lends his bonds for a specific period of time for an earlier on agreed fee. Finally, is bond borrowing repo where the borrower of a bond, borrows the loan for a specific time and pays back an agreed-upon fee.

The term repo has to some extent been used ambiguously and seems to lack specific meaning. It seems ambiguous just to purchase something then sell it back without making any financial gains. For the case of sell and buy back repo, it sounds vague for an investor to sell something then buy it immediately under current market conditions and with total disregard to time value of money. For collateral repos, it does not factor into consideration the length of the repo term which could impact on the pricing before repurchase.