Superstars Jinxed by Arsene Wenger after they left Arsenal for other clubs. 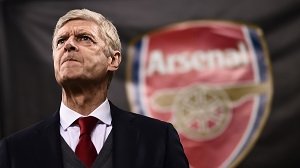 Arsene Wenger is believed to be the among the best manager’s ever to grace the English Premier league Having managed Arsenal from 1996 to 2018. He is famous with the invincible season where he guided arsenal to an entire season without loosing a match. Wenger also introduced the beautiful game play which was loved by fans across the world. However, the biggest contribution of Wenger to the football world is talent development, he gave chances to players as young as sixteen to play with the big boys.

Aside from his successes, most football fanatics believed that Wenger had some sort of super powers to jinx players especially those that left under controversial circumstances. Wenger guided Arsenal at a time when the club had financial challenges, at the time a lot of financial resources were focused on the construction of the Emirates stadium. This left very little for the club and the manager to fund big player transfers.

As other Clubs including Manchester United, Manchester City and Chelsea spend billions in attracting top notch quality, Arsene Wenger preferred developing his own talent, and good enough he won titles and challenged for titles including the Champions league, with players other managers openly referred to as not premier league quality.

Wenger also had trouble retaining talent as other players played vultures pricing away Wenger’s quality players with lucrative contracts that Arsenal could not match. The twist to this, is that most of these players never leaved up to expectations, either encountering Injury spells, deterioration of quality or discipline issues. This led to some players being seen as Jinxed by Arsene Wenger. We give you the top 7 players who are believed by most fans especially Arsenal fans as being Jinxed after they left Arsenal.

Patrick Viera Joined Arsenal in 1996 and would go on to be a key figure for the gunners, taking over the captaincy from Tony Adams. He made 279 league appearances for Arsenal, scoring 29 goals and winning three Premier League titles, three FA Cups, and three community shields with Arsenal. He also made it to the finals of the Champions League with Arsenal in 2000 against Galatasaray which he missed a penalty in that finals.

His greatest success was the invincible season with Arsenal. Nevertheless, Viera left Arsenal at a time when he was so loved and was well in place to becoming a club legend. He left for Juventus after alleging that the Young Spanish player Cesc Fabregas had taken his place at the Emirates, making him feel no longer needed.

Viera played for the Turin side for a single season 2005-2006, where they won the Serie A title only to be stripped later for a match fixing scandal. The club was demoted to the second division Serie B with a 17-point penalty for the start of 2006-2007 season, the title awarded to Inter Milan.

Viera only played for the Turin club for a single season, where they lost to his former club Arsenal in the Champions league quarter finals with Viera’s mistake leading to Cesc Fabregas goal at Highbury. The gunners won on a 2-0 aggregate with Viera again being suspended when the two teams met in Italy with Arsenal facing Barcelona in the finals in a controversial match that saw Jens Leeman being sent off.

Viera later moved to Inter Milan where he won two Serie A titles, though he failed to participate more in his second season due to an injury and relegation to the bench by Suley Muntari and Thiago Motta.

He signed for Premier league Manchester City in 2010, initially signing for a six months deal that saw him face a three-match retrospective ban only three months after a kick at Stoke City’s Glenn Whelan. Scoring 4 goals in the 18 months he spent at city after his contract was renewed for an extra 12 months. He won the 2011 FA cup with the Manchester city where he came in as a substitute.

To date, many believe that Patrick Viera made a name for himself at Arsenal becoming one of the best players in Europe and was destined for greater things if he had remained with Arsenal. Viera remained a shell of his former self after leaving Arsenal in what some fans believe he was Jinxed by Arsene Wenger.