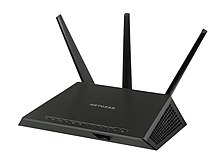 Wireless Local Area Networks have gained immense popularity over the past decade and are now found in several homes, educational institutions, companies, government institutions and public areas. Enterprises and consumers have been eager to harness the flexibility provided by wireless networks. The IEEE 802.11 standard outlines a wireless local area network that consists of a medium access control protocol as well as three substitute physical medium implementations. The 802.11 IEEE WLAN standard is aimed for use as a physical layer together with the 802.2 IEEE logical link control protocol.

The Media access control layer is responsible for processes of channel allocation, protocol data unit addressing, error checking, reassembly, frame formatting and fragmentation. The medium transmission can function exclusively in contention mode, necessitating all stations to struggle for channel access for every transmitted packet. The medium could also switch between the contention period and contention mode and contention free period. Within a contention free period, the usage of the medium is regulated by the access point, hence alleviating the necessity for stations to struggle for channel access.

IEEE supports three frame types namely data, management and control. Management frames are mainly used in station association and association with the access point, synchronization and timing, as well as authentication and de-authentication. Control frames help in CP handshaking, for CP positive acknowledgements as well as put an end to CFP. Data frames are for purposes of data transmission during CFP and CP, and could be pooled with acknowledgements and polling during the CF. The MAC layer has two distinct access methods namely the Point Coordination Function and the Distributed Coordination Function.

This key access technique is vital in supporting asynchronous data transfer within a basis of best effort. All stations support the distributed coordination function. It functions exclusively within the ad-hoc network, and coexists with the point coordination function or operate exclusively in an infrastructure network. In the MAC architecture, the distributed coordinated function is located directly above the physical layer to provide support for contention services. This services suggest that every station containing an MSDU queued for purposes of transmission, must always struggle for channel access and the moment MSDU is transmitted, it then must re-struggle for channel access for all the succeeding frames. The need for contention services is to facilitate fair channel access for all stations.

Distributed coordination function is founded on the carrier sense multiple access with collision avoidance. The collision detection is not applied in this case since a station cannot listen to channels for possible collisions while at the same time transmitting. In 802.11 IEEE WLAN standard, carrier sensing is achieved at the MAC layer referred to as virtual carrier sensing and physical carrier sensing at the air interface. The merit of this method of channel access is that it fosters fairness among all stations, its limitation is that it does not provide support for distributed time bounded services.

Fairness is upheld since every station must re-struggle for channel access after each medium access control service data unit’s transmission. Stations have same opportunities of obtaining channel access after every distributed inter-frame space interval. Essentially, time bounded services provide support to applications like packetized videos or voice that must be preserved with specific minimum delay. With distributed coordination function there is no framework to ascertain stations minimum delay supporting services that are time bounded.

Point coordination function is an optional capability that is connection based and offers frame transfer that are contention free. Point coordination bases on the point coordinator to handle polling, allowing stations that have been polled to carry out transmission without struggling for the transmission channel. The point coordinator function is carried out by the access point within every basic service set. Stations on the basic service set that are able of functioning within the coordination function period are referred to as coordinated function aware stations. The technique through which polling tables are maintained or determining the polling sequence is carried out by the implementer.  Adopting this higher priority access channel, access point’s give polling requests to stations for purposes of data transmission, thus regulating medium access.

The beacon is simply a management frame that is quasi-periodically transmitted by the access point to create the timing synchronization function. It has information such as traffic indication map, basic set service ID, roaming and power management. The beacon helps in identifying the network, access point and other network related devices.

Three types of mobility exist in IEEE 802.11 namely the not transition, BSS transition and ESS transition. The WLAN handoff processes are such that the access point broadcasts a beacon signal on periodic basis. An MS that is powered on then scans the beacons signal and associates itself with an access point that has the strongest beacon signal. The beacon in this case has information relating to an access point such as beacon interval, timestamp, capabilities, traffic indication map and ESS ID. This information is then used by the beacon to differentiate between the various access points.

The MS monitors the beacons RSS of the access point that is associated, and the moment the RSS becomes weak, it begins to scan for beacons that are stronger from the neighboring access points. The process of scanning can be active or passive, in passive scanning, the MS just listens to beacons that are available while in active scanning the MS sends a formal request to a specific set of targeted access points capable of receiving its probe.

The 802.11 IEEE calls for three distinct implementations of the physical layer namely, direct sequence spread spectrum, frequency hopping spread spectrum, and IR layer. Frequency hopping spread spectrum makes use of 2.4 GHz (2.4000 to 2.4835 GHZ) Industrial, Scientific and Medical band. Maximum channels are specified within the hopping set where the first channel set contains a center frequency of approximately 2.402 GHz, while all the channels that follow are spaced at a distance of 1MHz. The separation of 1MHz is as a result of the 2.4GHz ISM band FCC. The channel spacing actually matches 1MB/s of instantaneous bandwidth.

The upgraded 2 Mb/s basic access rate makes use of four level Gaussian frequency shift keying, in which using the four frequencies, the 2 bits are encoded at a time. The Direct sequence spread spectrum also adopts the 2.4 GHz ISM frequency band, in which the basic rate of 1 Mb/s is encoded with the aid of differential binary phase shift keying, while an upgraded 2Mb/s makes use of the differential quadrature phase shift keying.

The spreading is achieved through the division of available bandwidth to eleven sub-channels, every sub-channel being 11 MHz wide, and with the aid of an 11 chip Barker sequence in spreading every data symbol. 11 chips per symbol is therefore the maximum channel capacity where the 11 MHz equals to 1 Mb/s in cases where DBPSK is used. Adjacent and overlapping Basic service sets can be accommodated through making sure that the frequencies center of every BSS is separated by 30 MHz at least. This stringent requirement shall facilitate only two adjacent or overlapping BSSs to effectively operate with less disruptions.

The specification for IR locates a wavelength range of between 850 to 950 nm. The band for IR is intended for home use only and functions with transmissions that are non-directed. The specification for IR was intended to allow stations to receive reflected and line of site transmissions. The 1Mb/s basic access rate encoding is achieved using a 16 pulse position modulation, in which 4 units of data are mapped to 16 coded bits for purposes of transmission. The upgraded access rates is realized using four pulse position modulation, in which 2 bits of data are mapped to four coded bits for purposes of transmission.