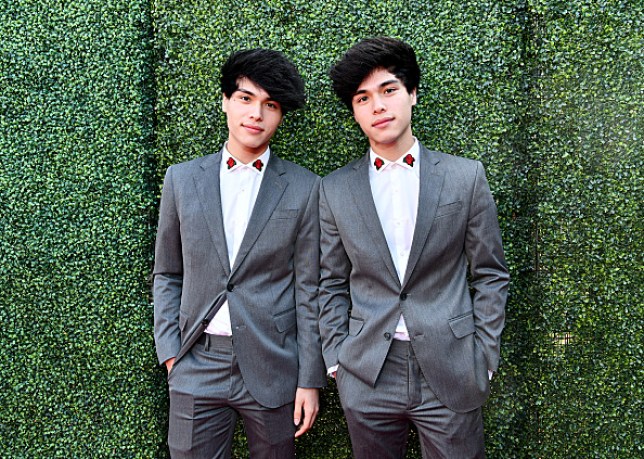 YouTubers and TikTok sensation Alex and Alan Stokes have been arrested after staging two prank robberies for a video.

In one of the incidents, an Uber driver was arrested by police on gunpoint. The twins who have a collective following of 30 million subscribers, were charged with false imprisonment as well as falsely reporting an emergency.

If prosecution succeeds, they each face a jail term of up to 4 years. Though a prank, the two have been accused of presenting themselves as criminals to unsuspecting members of the public in California.

The question though is where the line between creativity and law an order come in. YouTubers are common in America most of them making a fortune from their creativity, often their pranks range from simple acts of generosity to extreme acts of even staging fights in public or pranking the police. Every YouTuber desire doing something unique that will earn them views and often its worth the risk.

In one of the videos, the pair flee a building wearing ski masks, with duffel bags filled with money. They then ask the public to assist them with free rides out of the scene where in this case an Uber driver refused. A member of the public alerted the police, scared that the pranksters were attempting to steal the car.

The police came to the scene and held the driver at gun point only to understand that he was not involved. The entire incident was recorded by the YouTubers cameraman with the intention of being uploaded to their various social media channels. The police initially set free the YouTubers with a warning.

Orange County district Attorney later termed the prank extreme and that it had broken the law. “These are crimes that could have resulted in someone getting seriously injured or even killed,” Said Todd Spitzer.

Mr Spitzer further said that the role of law enforcement agencies is to protect the public when someone calls for assistance through 911, when they get deployed to contain a situation, they respond to protect lives.

Instead, they found some sort of twisted attempt to gain popularity on the internet by putting members of the public as well as the police in unnecessary danger.

This may just be a start of a fight between law enforcement agencies and YouTubers who have heavily invested in providing content to their subscribers that attracts them to watch more, which then helps them earn from the adverts that run within the videos.

A question of concern is what would have happened if indeed members of the public assumed the incident as a prank only for them to learn that it was a criminal case later? Perhaps, laws should approach this from a YouTube Platform perspective, YouTubers will not create content that breaches YouTube policies.