A teenager living on the UK South Coast has been charged among two others over a twitter hack. 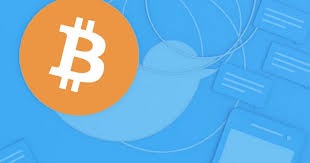 Authorities in California USA have filed felony charges against 19-years aged Mason Sheppard. In conjunction with British Authorities, the Bognor Regis property was searched by police on Friday 31st. Two others Nima Fazal 22 from Orlando and a teenager living in Tampa Hillsborough were also charged over the major twitter hack targeting celebrity accounts.

The perpetrators are accused of being behind the hijacking of major high-profile twitter accounts in a major Bitcoin Scam. Some of the personalities include President Barack Obama, Elon Musk, Jeff Bezos, Bill Gates, Kim Kardashian, Joe Biden with tweets requesting Bitcoin Donations in exchange for double donation rewards.

Other personalities including Congresswoman Alexandria Ocasio Cortez had earlier tweeted warning her fans not to fall into any calls for Bitcoin donations from her Twitter account, just in case she also fell victim to the hackers.

David L Anderson a US Attorney praised the arrest saying that “nefarious hacking for fun or profit” did not pay off.  Anderson further said that the criminal hacker community have a false belief that they can perpetrate hacks anonymously without being caught or with zero consequence.

State Attorney Andrew Warren filed 30 felony charges in Florida against a 17-year teen, for scamming people online. The teen took advantage of the inability to recover money lost to Bitcoin accounts, to scam innocent citizens to send them money under the disguise of donations.

The teenager(name withheld) had just graduated from high school but perpetrated attacks with high sophistication. Attorney Warren said that the investigation was led by an inter-agency team that included the Secret service, FBI, IRS, Florida law enforcement officers as well as US Attorney’s office. The teen has been living in Tampa Florida and is set to be prosecuted in Hillsborough.