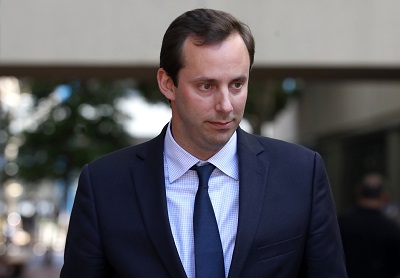 Anthony Levandowski a former engineer at Google has been sentenced to 18 months jail term for what was termed as trade secret theft, prior to joining Uber.

Levandowski was part of the team working on Google’s self-driving car Waymo. Judge William Alsup while giving his ruling in San Francisco said Anthony Levandowski had carried out what he termed “the biggest trade secret crime I have ever seen”.

Before quitting Google for Uber, Levandowski loaded approximately 14,000 sensitive files into his personal laptop. He spearheaded Uber’s robocar project, before being terminated a year later after Uber found out of alleged secrets theft. This jeopardized Uber as it opened a leeway for legal pursuits by Google in seeking for damages, this could as well lead to the termination of the entire project if it was determined that it founded on secrets stolen from Google and another key concern was that Levandowski would steal again this time from Uber.

In March of 2020, Levandowski filed for bankruptcy, in a bid to seek refuge from paying the $179 million he owed to Alphabet, Google’s parent company for his actions. Levandowski had been hoping for a 12 months home confinement sentence, arguing that he had pneumonia and that a prison sentence would make him vulnerable to death from COVID 19.

Levandowski later apologized to his workmates at google and his family in what he said amounted to betrayal of their trust. However, in making his ruling, judge Alsup said that “a non-custodial sentence would amount to giving a green light to every future brilliant engineer to steal trade secrets”. He however allowed Levandowski to begin serving his sentence after COVID 19 had peaked.

Uber had previously settled a lawsuit from Alphabet over the theft, but this did not put an end to the disputes between the two companies. In another case, Levandowski is suing Uber for $4.1 billion after they acquired his previous self-driving truck start up Otto.

This is probably not an end to Levandowski as regards to Uber and Waymo in what TrendingLeo has learned, he might have a case against Uber and Waymo that if proven could reward him with billions of dollars.