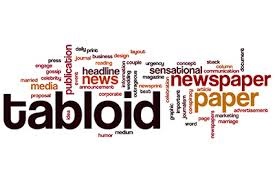 Relationship between celebrities and tabloids