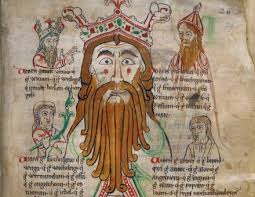 In studying the two poems, there are classical instances of Christian foundation within the poems, the dream of the hood is a Christian tale told from a cultural perspective of the Anglo Saxon. Character Judith who is a reflection of the Judeo-Christian biblical story narrated from the Anglo Saxon culture viewpoint. The dream of the rood is a story about the death of Jesus Christ and the cross that bore him. The cross is portrayed as a warrior standing with his king until the end. On the other hand, Beowulf is a poem composed in Anglo Saxon that recounts the actions of a prince and mirrors the 6 th century world. The intention of the poem is to bring out a
story about warriors. It elucidates extensively the customs and rituals of the warrior class during the Anglo Saxon period.

Closely looking at this two poems from the Anglo Saxon error, there are a few noticeable commonalities more so on the aspect of religion. These two pieces of art involve several warrior like and heroic bases with some nature of underlying Christian theme. The two poems have been narrated by anonymous persons yet worded so eloquently. Characters were strong, courageous and trustworthy who in most cases achieved their targets. In both the dream of the hood and Beowulf, these attributes have been clearly depicted the Cross and Beowulf and to some extent Jesus in a parallel way. Beowulf and the Cross have been depicted as heroic and loyal, while
Beowulf and Jesus depicted as a savior and a warrior. Within the dream of the hood, Christ has been portrayed as a warrior using adjectives such as lord, warrior, hero, king and he is persistently described as being resolute and strong. Christ conquered the cross similarly as Beowulf a warrior conquered his enemies.

Loyalty is an important virtue in getting through life and by extension to any warrior. True Loyalty is tantamount with being faithful to a special cause, way of life, military body or the government. Being honest means to be truthful, honest and respectful. It calls for standing by one’s beliefs and always faithful to those beliefs. It is such loyalty that aids warriors stick to their goals until they are achieved regardless of the situation. Within the poem the dream of the hood, the Cross reflects abundance of royalty to Jesus across his entire crucifixion ordeal. This powerful narration shows Jesus courageously stripping off his clothes and climbing onto the
Cross. Courage is certainly a character that no warrior can exist without.

Furthermore, the Cross terms Jesus as a warrior contextually to indicate that despite the tough times he was nowhere near giving up his fight. However, Jesus never fought like Beowulf who majorly based his fights
on strength. The dream of the hood refers to Jesus as a warrior battling his foes for what he believed in drawing support from the cross. These instances of courage and loyalty of Jesus in the Poem served to motivate the Anglo Saxon warrior class to fight more persistently and wisely so as to realize their goals then.

Beowulf clearly depicts what the Anglo Saxon people thought of hero’s to be. Specifically, men who were excellent warriors were regarded highly as warriors. Beowulf has been portrayed as the best warrior where he lucidates his exemplary heroism by narrating one of his fights by the sea to a gathering in the mead hall after with a fellow warrior. Despite the fact
that there are instances where the poem is perceived from the eyes of a Christian Monk, the poem is rich with pre-Christian instances. Beowulf is definitely an accomplished warrior who through is character creates the social bonds that were vital in carrying out the roles of a warrior. He had a warrior team that swore sacred vows to him, and in return he also swore vows to them. It is important to note that these vows were not just secular as there was no Anglo Saxon culture that was secular. These vows and the actions that Beowulf undertook with his warrior team as a result of the vows, were as much religious as their thanksgiving prayers undertaken under a bountiful treasure and feast.

This is a clear indication that religious virtues helped in keeping the
warrior class together and facilitating them towards realizing their goals.
There are also instances of religious virtues that indicate temperance and charity when Beowulf had the aspiration to assist Hrothgar in the battle against Grendel, extending his hand of aid to fighting the mother of Grendel as well. Beowulf was also Kind enough to care about the good conquering evil, thus volunteering to be at Heorot. The other act of Kindness was his
utterance that if he died he would his for his wealth to be sent back home to his people showing much concern for his people and respect to the kingdom at large. There are also instances where Beowulf would always give glory to God in his battle victories despite his immense warrior
capabilities reflecting his humility. It is clear that this religious virtues helped Beowulf in becoming a better warrior serving as a role model to the warrior class.