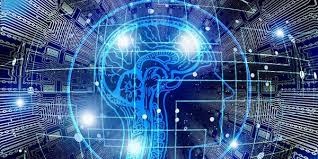 Artificial intelligence refer to the concept and creation of computer structures that are able to carry out activities that usually require human intelligence to perfume. Such tasks can include speech recognition, visual perception, translation of languages, and decision making. This term artificial intelligence was coined in 1956 by John McCarthy at time when he held a conference on this subject.

In computer science, the artificial Intelligence is one of the most mysterious subject that has been studied for several decades. Dating back to several year back it is evident that human being all over the world have used technological development to model themselves. This can be seen from various ancient activities in China, Greece and Egypt. Therefore each development in technology has been used to modify the intelligent and model the human being mind.  For example hydraulics, clockwork, holograms, analog and digital computers.

It is dated that about 400 years ago individuals had started talking about the artificial intelligent people. Hobbes (1588-1679) has been described as the grandfather of the artificial intelligent.  He adopted the point that thinking was symbolic reasoning such as talking loud or working out answers using pen and paper. The point of symbolic reasoning was developed by philosophers include Descartes, Pascal, Spinoza, Leibniz among others.

After the development of the computers in 1991, the early 20th C was spent trying to understand the computation. Under this understanding several computation models were proposed including the Turing machine which was a theoretical machine used to write symbols on a long tape this was developed by Alan Turing (1912-1954). The other model was the lambda calculus which was used to write mathematical this lead to Church-Turing thesis. The Church Turing thesis cannot be proven however no one has come up with a mathematical computation that cannot be carried out using this Turing machine.

Therefore once the real computers were developed the first application that was created was the artificial intellectual. In 1952 for example the Samuel developed a checker program which was a program that studied how to play checkers. In the same 1950s Newell and Simon also developed a program known as the Logic Theorist which found out evidences in propositional logic.

Apart from high level of reasoning there are other low reasoning which were inspired by how the neurons functions. McCulloch and Pitts showed how a formal neuron could be the basis for a Turing-complete machine which was initially described by the Minsky and Rosenblatt. After Minky and Paperty book in 1968 which indicated that the representation learned up to this moment was literary inadequate for any intelligent action. It is clear that the early curriculums focused on learning and exploration of the foundations in the artificial intelligence. However late the people in this area realized that the one of the problem was to find use the knowledge to solve the existing problems.  In the year around 1960 an 1970 it was success was recorded in building natural language considerate systems in limited domains.

The artificial intelligence can be used in in development of games. In the present one can purchase a machine that can play master level chess for just a few dollars.  This machine are all based on the artificial intelligence  and are able to play well against the individuals playing over instinctive force calculation viewing at thousands of situations. However to beat the world champion in through brute power and recognized dependable heuristics needs being talented to look at million positions per second.

In the year around 1990 the computer speech recognition touched a level of application although for limited purposes. An example is a case where the United Airlines substituted its keyboard tree for flight information through a structure by means of speech recognition of flight statistics and city designations which is more convenient. Other technologies have also been embraced using instruct computers using speech instead of the keyboard and the mouse.

Human being have confirmed that just adding an arrangement of words or analyzing sentences to a computer is not sufficient. The computers have been used to understand the natural language through providing the computer with an understanding of the text domain.

The artificial intellectual has been implemented in the expert fields for example the application of the AI in the engineering field. Under the expert system the individual use the system to through communicating the knowledge to the computer program for carrying out a particular task. However the state of the output in this case depend on the ability of the individuals to communicate with the system as well as whether the intellectual devices necessary for the activities are within the present national of AI.

Some of the expert system include the MYCIN in 1974, a system that was used to diagnosed bacterial infections of the blood together with a recommendation on the treatments strategies. This system was foundto be more efficient compared to the practicing doctors and medical students. However this system depend on the information in put in them therefore it could not be able to provide more information. Several other important systems have been developed to enable conducting of other activities in an easy and simpler manner which can also be rated to be accurate as well as fast.

One of the most possible types of expert system set the present information of AI is to put some data in single of a secure set of groupings by means of numerous sources of information. For example in a case where an individual is being advised to whether to take an offered credit card acquisition. Data is accessible concerning the holder of the credit card and his record of payment as well as the items they buying.

Artificial intelligence will be used in the future in health sector, the us presidents medical initiative (precision medicine initiative) and also the cancer moonshot program will majorly rely on artificial intelligence to gather the patterns in medical data so as to aid medical personnel to get disease diagnosis and help in suggesting preferable treatments that will help to improve the care of patients and their health outcomes.