HACCP in the food industry 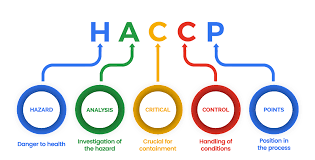 Impact of HACCP in the Food Industry

In Sau Paulo Brazil, the Health Ministry in 1994 made the HACCP system mandatory for all facilities dealing with food handling through Portaria 1428. The agriculture Ministry in 1998 ascertained the application of the system in industries dealing with animal origin products through Portaria 46. The United States of America Food and Drug administration in 1972 determined the use of the HACCP system for canned foods of low acidity. Currently the body as well as agriculture ministry necessitate the application of HACCP for beef, fish and poultry products. In 2001, the FDA necessitated that both domestic and international producers of fruit juice adopt HACCP in their production processes. The same was also adopted for industries dealing with exportation of wine.

Impact of HACCP on Food Safety

How HCCAP related to the sea food plant

Use of HACCP in Meat Plants

HCCP in relation to Dairy Plants