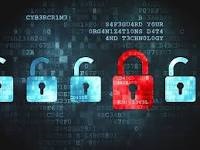 Cyber crime in the Middle East

One thought on “Electronic Crime”