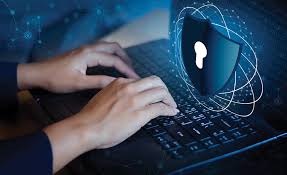 Within the United States, privacy regulations are founded partially on self-regulatory approaches where organizations give privacy notices committing themselves to specific privacy promises. In case such commitments are breached, the FTC has the mandate of penalizing or prosecuting the specific organization.  However, the mandate of FTC generally spans the promises that were committed, hence an organization can dictate how strictly it intends on upholding privacy by moderating the promises it commits itself to enforce. In several situations, persons are only guaranteed the right to opt out of specific application of their data, and normally no guarantee at all to restrict the gathering of data about themselves by various organizations. Within the European Union, the regulations regarding personal consent for data gathering, use as well as disclosure are much stringent, and in most cases affirmative consent is required.

Differences between the privacy regimes of the US and the EU.

In the United States, there is a pragmatic approach towards privacy regulation. The approach taken by the United States reflects a balancing act of privacy with other fundamental interests. It focuses less on articulating outstanding principles, and is devoid of the purity exhibited by the approach taken by the European Union. It makes more sense in the United States such that regulations must be adhered to, and if that is not the case then they shall be enforced. Furthermore, the practical penalties such as legal suits, make it very expensive not to comply. Consequent to this differences, states in the European Union umbrella are much comfortable living with a compromised and a messier set of privacy regimes.

Companies in the United States are much comfortable dealing with a set of privacy regulations that showcase compromise as well as practical realities as opposed to regulations that are not enforced. The limitation with the approach of the European Union is that organizations struggle to understand how to comply with no consistent or stable regulations. The limitation with the approach by the United States is that the regulations are usually scattered around and have many loopholes. Both the US and the EU definitely have something to borrow from each other.

Within the European Union regulation, personal data can be gathered only within stringent conditions for purposes that are legitimate. The fundamental concept of the European Union privacy regulation is the Data protection Directive 1995/46/EC. The United States does not have a comprehensive law that regulates personal data collection and processing (Mendez, 2010). Nevertheless, there is privacy regulation via several federal and state laws. The various approaches of the United States and the European Union with regard to privacy legislation are probably founded on history. In the entire Europe, where citizens have witnessed dictatorships, data protection is a human right enshrined in the constitution and regulated through a detailed data protection legislation. Notable instances include the state security service in East Germany that employed private informers mandated to listen and transcribe citizen’s phone conversations. Contrasting this to the US, the attitude towards privacy legislations is controlled majorly by market forces.

After the September 11, 2001 incident on the world trade Centre, the United States adopted the Patriot Act which reduced significantly the restrictions on collection of personal data mainly by agencies tasked with law enforcement. The general perception which is seemingly untrue is that European Union has superior laws on privacy as compared to United States. In a detailed list of specific areas, European Union has highlighted what information can be disseminated about individuals, whereas the United States has none. By contrast, Privacy in the European Union law is enshrined explicitly. The European Convention on Human Rights Article 8 guarantees the right to respect for Family and private life as well as protection of personal data.