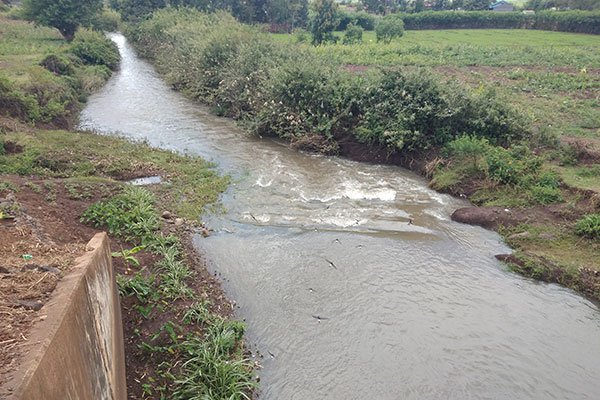 In my village, there is this guy, called Binyinyet. No one knows his kinsmen, or his official names. This is not his real name, people say that he got the name after swallowing a slimy black aquatic insect, called binyinyet in my mother tongue after a night of drinking and falling into Emsoo river, making his voice change to a squeaky one, like Donald Duck.

Not only did his voice change after swallowing the insect, but also did his behavior. He never drank  liquor again. Binyinyet wears only a sleeveless brown and black half sweater (windbreaker) and an oversize material trouser with no belt,  he ties it with a nylon fiber from a sack, fastening them through two belt hooks, then tying them.

He wears this all day everyday, whether the sun is shining or the rain is flooding rivers, carrying the crops downstream. He is skinny, bald headed and  has a thick mustache. He walks bare footed. He lives alone, in a two -room house, with neither a wife, nor kids. At social gatherings, he likes to sit far from his fellow men, but in the company of village women.

His statement always begins with “banasema..” ( wanasema) like “Banasema huyo kijana ya Chemusi (James) ameoa pipi mwingine huko nairobi” majorly because Binyinyet believes in here says. How he gets to know all these, no one knows. But Binyinyet is very very happy. Not because he has no wife, but because he does same things all the time expecting different results.

In the morning while going to school back in my younger days, i would meet him, with his half sweater, in a chilling cold  morning with dew and dripping water drops from trees, at six in the morning, battling cold, with his hands crossed to his shoulders as if he was trying to hug himself, to battle the cold.

‘Habari yako binyinyet” i would greet.

“Musuri” He never said much.

I later realized that in his mind, Binyinyet believed he was fighting the morning cold, but in the real sense, he wasn’t. Maybe he could just get a jacket, or warm clothing.

Binyinyet does not live in my village alone. He is you, he is me. Many a times we do same things expecting different results. Make a change today. People are lonely. Go out there and bless someone today!