Best President of the Nineteenth Century 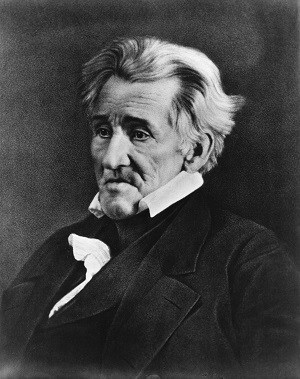 Jackson was nicknamed king Mob because of his belief in fighting for common man and representing the issues that affected most of the people. Among Martin Buren, William Henry Harrison, John Tyler, and James K. Polk, Jackson was the best in terms of representing the common man. Although the mentioned Presidents also represented the people, they had favoritism for the elites, unlike Jackson who believed in common man. Additionally, he abolished the Electoral College that denied the people the right to choose their President.

Jackson sought to eliminate corruption in the government and replaced incumbent officeholders. The practice shows him as an honest leader with a vision for the country. Corruption is a vice that results in the common man being exploited for the benefit of a few privileged people. Since Jackson was the only President to take such an action; it shows him as concerned about the nation and the welfare of the people. Such a character and will depicts Jackson as the best President in the nineteenth century compared to the other selected presidents.

Moreover, Jackson fought against policies and issues that favored the elites at the expense of the common people, which prove him as the best. Jackson fought against Second Bank of the United States was a government-funded monopoly exploiting the people. The action was unique and represented his commitment to serving the common people. Among the other presidents in the nineteenth century, he was the only one who effectively represented public interests. The President believed in the government serving its people by creating policies that served the interests of the majority.

Another aspect that shows Jackson as the best President is his stand for unity. Jackson fought for the union of the country and threatened military action against states calling for secession. Unity in the nation at the time was a crucial factor that shows him as committed to the country and service to the people. While some may pick a different President among the provided, it is critical to consider the issues that each represented. Jackson was a true representative of the people and unlike the other Presidents and earned a popular vote in his two terms as evidence of his stand as a man of the people.

Based on the above claims, Andrew Jackson was the best President of the nineteenth century among Martin Buren, William Henry Harrison, John Tyler, and James K. Polk, Jackson. Jackson was a direct representative of the people, eliminated corruption, fought against policies that did not represent the interest of the public, and stood for the Union.  Combined these actions and traits made him the best President on the nineteenth century as he did what was right for the voters.