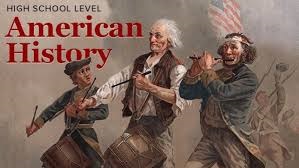 The United states was not a true democracy in 1800 because not all people had the right to vote leading to minorities and children to demonstrate against being denied to vote. The main questions settled by the civil war include the role of the Union, the rights of enslaved Americans and Abolishment of Slavery. The civil war brought America together such that it forced Americans on both sides to reconcile their trust and belief in humanity, it basically transformed America to a nation that cares for each other without slave trade or discriminations.

Religious groups, the communes and utopias all had the passion of an American revolution at heart. They all believed in a strong work ethic and frugality, as well as social reforms for the creation of a perfect society. In addition, they all had common views towards fighting for women and labor rights. I believe that they succeeded as they made Americans see the evils of the society and encouraged them to create a perfect society through reforms. This in many places led to nationalism and despite the few cases of sectionalism it was still a success.

Abraham Lincoln is ranked highly due to the fact that he steered America through one of the most tough times during the Civil War, he also signed the Emancipation proclamation in 1863 that led to the freedom of slaves. With regard to the differences between the north and south, the southern economy was based in agriculture while that of the north was based in manufacturing. In terms of political structures, the Northerners aligned themselves with the Whig party while the southerners associated with Democrats.

Major conflicts due to slave trade expansion included grater colonial encroachment in a bid to secure larger sources of slave’s territories. There were also internal conflicts in the US with regard to balance of power where the slave holding south wanted to increase its national stage power so that it could protect its interests. Lastly there was an economic dispute as the North were getting worried of how the south was developing economically due to the use of slaves.