Unfair administration of Justice against Blacks in the land of the free.

According to Statista Black Americans are 2.5 times more to suffer death at the hands of police as compared to whites. 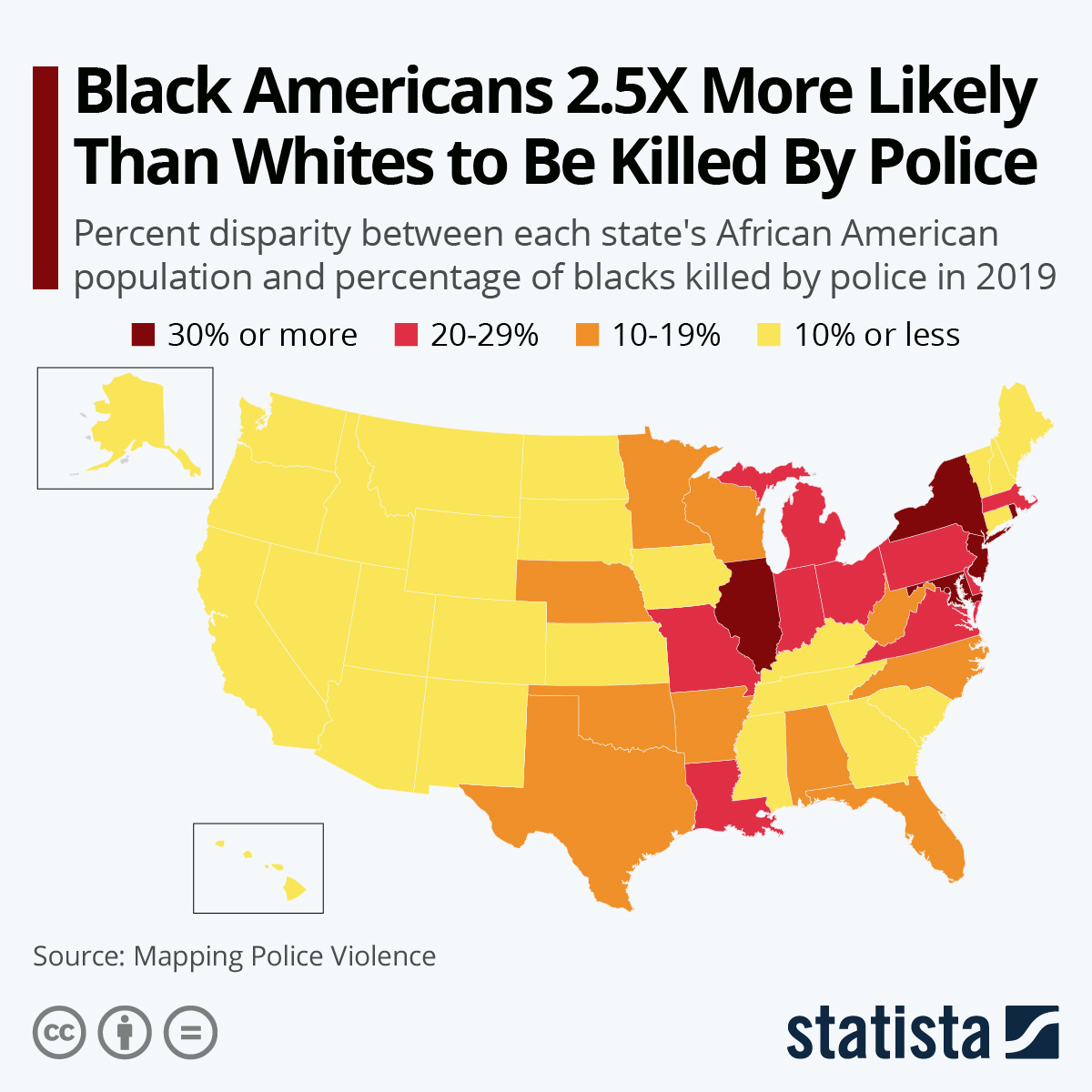 You will find more infographics at Statista

The murder of George Floyd at the hands of the police was not the first nor the last either as his death slowly fades away to being a statistic once more, The support received by the family and the black community across the universe have not been enough to perhaps make the Racists police change their approach towards unfair treatment of Blacks.

Just recently a video of a young teen being arrested by up to 7 cops made rounds around the internet with what appeared as suffocation attempts towards the end of the video. The guy who took the video made several attempts to plead with the police that there was no need for such excessive force against a minor but instead was threatened of also being arrested.

Here is a link to the video

Here are some interesting yet worrying trends of racial disparities in incarceration in America.-This is lifted from the NAACP Criminal Justice Fact sheet

In 2014, African Americans constituted 2.3 million, or 34%, of the total 6.8 million correctional population.

African Americans are incarcerated at more than 5 times the rate of whites.

The imprisonment rate for African American women is twice that of white women.

Though African Americans and Hispanics make up approximately 32% of the US population, they comprised 56% of all incarcerated people in 2015.

If African Americans and Hispanics were incarcerated at the same rates as whites, prison, and jail populations would decline by almost 40%.

From the statistics someone might be tempted to believe that Blacks are more prone to crime than other races, but then considering a society that seems to perceive blacks as being guilty ‘until proven innocent’, it explains why there could be thousands of innocent Blacks languishing in American correctional facilities.

These statistics do not include those in Parole which could further highlight injustices in the American Justice system. Those from outside the United States have often perceived the US as the land of opportunities and fairness , as a matter of fact someone watching the “3 Idiots” movie would be tempted to believe so when one of the main actors remarks “i will sue you in an American Court”, when the reality is the complete opposite.

Such statistics justify why Blacks would openly run away from cops when they get such an opportunity. Furthermore, there is need to bring effects of incarceration into perspective, it is an open fact that an ex detainee would rarely be invited into a job interview,leave alone being employed within any society, the society never really frees detainees even after leaving prison.