Handling of a company’s encryption keys 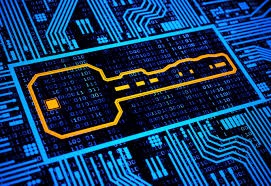 Data loss is common news lately, it is also becoming a norm to hear about organizations losing very sensitive data. According to Privacy rights clearinghouse, more than nine hundred data loss incidents were reported publicly between January 2005 and February 2008 which lead to disclosure of sensitive data relating to over two hundred and eighteen people. Equally, strict data privacy and security regulations are also making it so expensive to loss such data, it could be a huge public relations disaster in case information leaks out that a company has lost its data. Encryption is simply the process of handling basic information and altering it to some form of unreadable data that no one can comprehend or draw meaning out of it without the use of special software. Through this method, in case a company laptop or flash drive is lost outside the work environment, anyone that locates the devices cannot read or access information stored in them as it will be safeguarded. This paper thus presents answers to critical questions regarding the handling of encryption keys within a company.

A strategy so that the key could become available if needed but would generally be protected against casual access by people in the company.