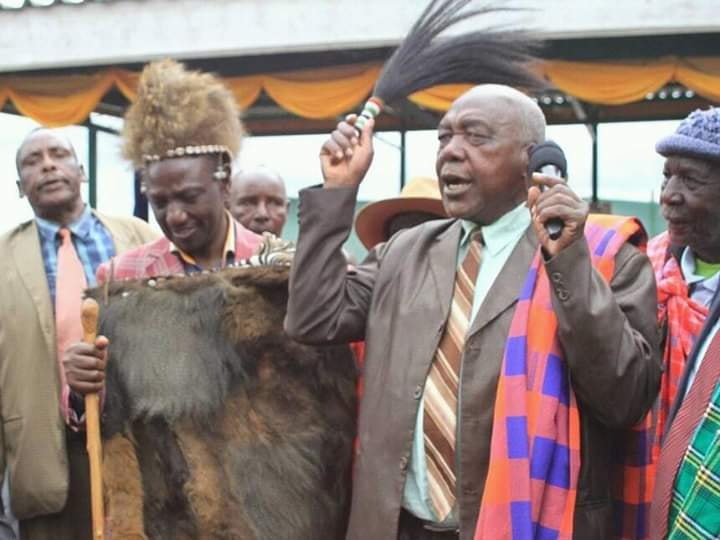 Baringo Elders have called Senator Gideon Moi to order warning him against masquerading as Kalenjin Kingpin.

The warning by Tugen elders comes hours after Talai elders of the Nandi Community ardoned DP Ruto withh the sacred Kalenjin accession treasures that were taken back from Moi’s family 40 days after the burial of the former Kalenjin Kingpin The late Daniel Moi.

These are sacred that only 3 people in Kalenjin have had the privilege to be the custodians – Koitalel Samoei, Daniel Moi & Willim Ruto.

They warned Baringo Senator Gideon Moi of consequences if he goes against the community’s choice saying even his father was regular guest to the Talai clan every 3 months while in power.

” He has no option but to respect the decision that William Ruto is the Kalenjin Kingpin. We only have one Kingpin at a time, that is our culture & traditions “, he added.

This comes as a big blow to Senator Gideon Moi amidst reports that he ha been moving around the city from one political meeting to another saying he is the Kalenjin Kingpin.