Daily Life in a Village in Africa 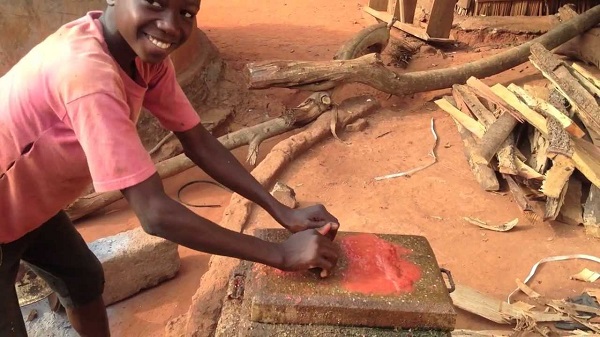 Another key aspect of normative culture is Equality, unlike in Burkina Faso where some roles are designated for women and some for men, American culture advocates for Equality with no specific gender roles, women are accorded the same respect as their male counterparts. An aspect of Cognitive culture that will be important to them is Language, in the US most people communicate in English and Spanish unlike Africa and Burkina Faso where there are a number of languages with many not being fluent in English. This will be important to the family to aid their interactions and communication in the US, while that might be easy for the kids as they will be taught in schools, the parents will also have to put some effort into learning English.

We also have neighborhoods as part of the material culture elements that would be important to the family. Neighborhoods in Burkina Faso are sort of tied together with little or no obstructions within them, people are crowded with frequent engagements in neighborhoods. In the US people leave in apartments or nearing houses but with little engagements between each other, boundaries exist and families engage in each other’s business, unlike Africa where women and men in neighborhoods congregate to undertake mutual tasks. An aspect of normative culture that the family should learn is Criminal codes, in Burkina Faso, there is criminal codes as well as community codes where some crimes are punished within the local neighborhood level, the punishment of children, for instance, is not criminal in Burkina Faso, in some places even beating of women by husbands is not a crime.

In the US everything passes through the hands of our legal system, parents have limits of the kinds of punishments they can give their children, beating of women by husbands is criminal. Even animals have rights in the US a totally different picture from the norms in Burkina Faso. Finally, we have collaboration under cognitive culture, in Burkina Faso, families including children come together to undertake different tasks, but even so, some tasks/chores are considered male and others female, for instance manually intensive tasks are undertaken by men while light duties and kitchen work are reserved for women. In the US, collaborations happen across the board with no framework on delegation of duties, work is highly automated allowing for everybody to be able to achieve similar outcomes. The family will, therefore, have to appreciate and begin having a different perspective of collaboration.

Cities are a key component of the American material culture, from Washington DC to New York, we brag of the most sophisticated cities in the world, the transport system is revolutionary, families rely mostly on personal transport with options for railway transport between cities, parties in the cities are the total opposite of the local ceremonious parties in Burkina Faso. Burkina Faso has nothing close to what we would refer to a city in the US, transportation is a challenge to many with the only available rail transport unusable or occasionally used to transport goods. The family will have to get used to life in American cities something that may present a major challenge.

Daily Life in a Village in Africa