Analysis Of The Gettysburg Address 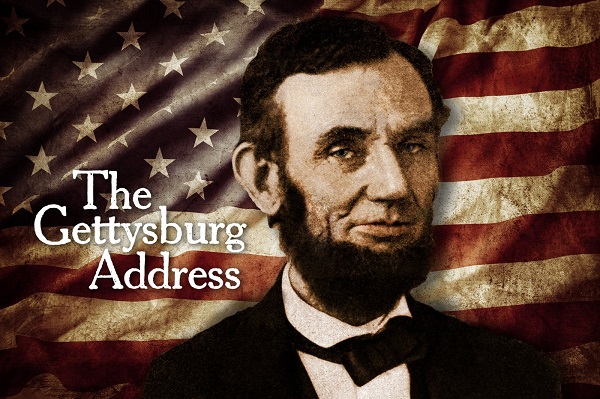 In the early days of the United States, loyalty to one’s state often took precedence over loyalty to one’s country. The Union was considered a “voluntary compact entered into by independent, sovereign states” for as long as it served their purpose to be so joined. Neither the North nor South had any strong sense permanence of the Union. As patterns of living diverged between North and South, their political ideas also developed marked differences. The North needed a central government to build an infrastructure of roads and railways, protect its complex trading and financial interests, and control the national currency.

The South depended much less on industrialization and federal government than other regions did and therefore felt no need to strengthen it. In addition, Southern patriots feared that a strong central government might interfere with slavery. One of the largest disputes between North and South was over tariffs, or taxes placed on imported goods and increased the price of manufactured articles. Due to its resistance to industrialization, the South had to import almost all manufactured goods, making them strictly opposed to high tariffs. The North, on the other hand, demanded them to protect its own products from cheap foreign competition. Contrasting social, economic, and political points of view such as these gradually drove the two sections farther and farther apart.

Each tried to impose its own interests on the country as a whole. Although compromises had kept the Union together for many years, in 1860 the situation was explosive. Abraham Lincoln was elected the 16th president, which was viewed by the South as a grave threat to slavery and therefore a threat to the entire way of life. The only feasible course of action then was secession and war. So in 1861 seven states including South Carolina, Mississippi, Florida, Alabama, Georgia, Louisiana, and Texas, initially seceded from the Union. Not long after Virginia, North Carolina, Tennessee and Arkansas joined them. These states made up the Confederacy. This was the beginning of the bloodiest war ever to be fought on U.S. soil. The American Civil War.

For over two years, control seemed to shift back and forth between the North and South, neither ever having clear dominance over the other. The war appeared headed towards stalemate until July 1, 1863, and the 3 day Battle of Gettysburg. This battle was considered, “by most military historians to be the single most decisive turning point in the Civil War” (Encarta). In an effort to gain foreign recognition, lessen pressure on confederate forces at Vicksburg, obtain much-needed food and clothing, and “increase Northern war-weariness, General Robert E. Lee boldly lead his troops into northern territory” namely, Gettysburg (World Book 485).

Here Lee encountered Union troops lead by General George G. Meade and battle commenced. In a decisive Union victory (mostly due to their occupation of Cemetery Hill) the battle ended on July 4, 1863. However, both sides suffered heavy casualties totaling nearly 50,000 which were split almost equally between North and South. This horrific battle gave the divided states some common ground. The extensive loss of life was, no matter the Confederate or Union, was all American and the pain of it shared by each and every living American. It began to open their eyes to a much larger mutual goal, resolution.

Soon after the battle, “Pennsylvania governor Andrew Curtain had charged [David] Wills, a successful local citizen and Judge, with cleaning up the horrible aftermath of the battle” (LOC). Wills acquired seventeen acres of the battlefield for purposes of establishing a national cemetery for the soldiers who gave their lives at Gettysburg. He then invited venerable Edward Everett, the nation’s foremost rhetorician, to give an oration at the dedication ceremony. Wills also asked President Lincoln to speak extending him as well as Everett an invitation to stay in his home while in Gettysburg. “Lincoln accepted the invitation, probably viewing it as an appropriate time to honor all those who had given their lives in the Civil War.

He also may have seen the dedication as an opportunity to reveal his evolving thinking about the War, as a fight not only to save the Union but also the need to be united in preserving the ideals and meanings upon which it was founded, the ideals our soldiers were dying for” (LOC). These ideas are central to Lincoln’s Gettysburg Address, which, despite its brevity, as opposed to Everett’s long-forgotten two-hour oration, has become one of the most memorable and effective of all time. The idea Lincoln is trying to persuade the audience to support is that we must dedicate ourselves to the preservation of a united nation and a new birth of freedom. He provides three arguments in support of this idea. One is that we should honor the dead by dedicating ourselves to preserving the nation so that they did not die in vain. Secondly that this war is a test of the Union endurance and the task of preserving it remains unfinished. And lastly, because the nation is dedicated to the proposition that all men are created equal and is a government of, by, and for the people, to preserve it is a great and worthy cause.

Lincoln’s speech is set up chronologically in order to explain or demonstrate the steps needed to achieve, what he will explain, as a united goal. Lincoln begins with the past when the nation was originally created, moving next to the present civil war that nation is now engaged in, and last concentrating on where the present situation should take us and what we should hope to accomplish from this war. This organizational technique was particularly effective in this situation. Because Lincoln was speaking to a divided audience, it was imperative he provides common ground and unity in order to effectively persuade them to adopt a mutual goal and resolution.

He achieved this by reflecting on the ideals and accomplishments of the forefathers they all have in common, reminding each side of their unified history. Bridging the gap of difference between North and South, set the whole audiences mind frame on the unified purpose by which their nation was conceived, rather than their present particular interests. Because of this larger focus, the audience is able to see the profound effect the current war would have on the entire nation. The fact that this war will make or break what past generations had worked to create. Not just that it will be deiced whether or not slavery will be tolerated. For this purpose, Lincoln strategically neglected to mention slavery at all or any other comment that would put him in favor of one side. The purpose was to bring the divided people together, if only for a moment so that they might see the more important needs and form a singular goal of preservation and in effect, rebirth.

Typical of persuasive speeches on questions of policy, as with the Gettysburg Address, there is also a problem-solution order. The problem is presented in the first main point located in paragraph 2 “a great civil war, testing whether that nation or any nation so conceived and so dedicated, can long endure”. The solution follows in the last paragraph when Lincoln asserts that it is our duty to dedicate ourselves to the unfinished work of preserving our nation.

Language played a role in the effectiveness of the speech equally important to that of structure. We know creating a sense of unity between North and South was instrumental in the effectiveness of the speech so, in conjunction with the reminder of common history, Lincoln utilized many words throughout the entire speech that lent a sense of togetherness and the strength found therein. Words like our, we, us, nation, and the people. Another important aspect of the language was Lincoln’s selection of simple, mostly one or two-syllable words. He was speaking to a diverse crowd containing not only politicians, military officers, and press, but also the families of those who had died.

Common everyday people who were probably rather uneducated individuals. Lincoln made sure that his words could reach everyone by being sure their denotative meaning could be understood by all. It doesn’t matter what great message words can convey if the words seem to be another language. And since those families were the most important segment of the audience, Lincoln choose his diction based mostly on them. One might suppose that such limited vocabulary would create a dull unmoving speech, but Lincoln was able to avoid this in several ways. One was his use of antitheses. For instance the juxtaposition of preservation and a new birth of freedom.

Also mortal and immortal: “those who gave their lives” and “that nation might live…shall not perish from the earth”. And “the world will little note, nor long remember” contrasting to “it can never forget”. Lincoln also puts to good use emotion-laden words such as fathers, liberty, war, died, dedicate, consecrate, struggle, nobly, honored, God, and freedom. Appealing to emotion is the strongest form of persuasion and “The Gettysburg Address” is a great example of its usage and effectiveness. To further add to the emotional appeal Lincoln’s speech has an almost poetic quality to it. The speech seems to have a melodic flow from beginning to end starting with “Four score and seven years ago” rather than 87 years ago which is a much more blunt and bland way of saying it. There is the constant repetition of words so each sentence connects to the other even through changes of ideas. This poetic flow enhances the other tones of spirituality, unity, compassion, and righteousness.

Analysis Of The Gettysburg Address

One thought on “Analysis Of The Gettysburg Address”