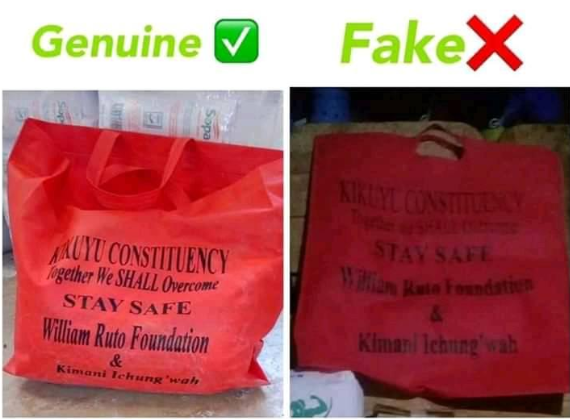 On Sunday 24th reports emerged that some families who received the relief food had been hospitalized as a result of food poisoning. Only two cases have been reported so far 5 days after Ruto distributed food to 600 families, the biggest question is why the other families not affected and why did it take 5 days for cases of food poisoning to occur?

According to Mayo clinic

Food poisoning, also called foodborne illness, is an illness caused by eating contaminated food. Infectious organisms including bacteria, viruses, and parasites, or their toxins are the most common causes of food poisoning.

Infectious organisms or their toxins can contaminate food at any point of processing or production. Contamination can also occur at home if food is incorrectly handled or cooked.

By this definition, there are a lot of possibilities as to where the food was contaminated including during storage, preparation and packaging.

There are also allegations that political enemies of William Ruto distributed the contaminated food on Sunday, in packages disguised as from the William Ruto Foundation. Unsubstantiated images occurred online of the purported vehicle distributing food on Sunday evening with residence chasing the driver.

The packagings of the contaminated food are also questionable given that the color is visibly different from those by the William Ruto Foundation. The foundation has also distanced itself from claims that it intentionally distributed contaminated food.

We sympathize with those who have been affected and pray for their speedy and full recovery.  We shall follow up with the local leadership to assist them with medical care as is appropriate in consultation with Health officials,

It is revolting, despicable, callous, and cruel to play with the health and lives of innocent human beings to score political points. Human life and dignity are higher than any political agenda.

Those behind this incident are irresponsible, barbaric savages who have no place in a civilized society.

William Ruto Response to the allegations

This remains a course for the investigative authorities