The Internal Politics of Medina 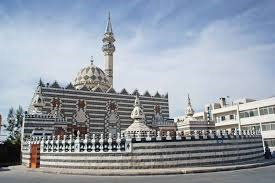 Muhammad at Medina is a book about early Islam authored by William Montgomery Watt, a Scottish historian and one of the foremost Islamic scholars in the West. Containing only 418 pages, the book was published by Oxford University press in 1956 as a sequel to the Watt’s 1953 volume: Muhammad at Mecca. Watt is highly revered in the Islamic world because jointly, his two books provide a history of the life of Muhammad and basically the origins of the Islamic community. In particular, the fourth and fifth chapters of this book: “The Unifying of the Arabs” and “The Internal Politics of Medina” are a groundbreaking effort to dig into the ancient details that form the history of Islam, thus required in-depth research. Generally, through this book, Watt brings a wide range of new perspectives that attempt to answer all the myriad questions that were still sticking out. Besides, the new perspectives provide a baseline for understanding a lot of issues that have emerged in the modern world such as the place of Islamic Religion with regards to world politics, the tussle between Shiites and Sunni Muslims, and the interlink between religion and politics in the present-day Middle East region.

The Internal Politics of Medina

The Internal Politics of Medina forms the topic of discussion in the fifth chapter of this book. It looks into the Social and Political Groupings before Muhammad, Muhammad’s Supporters, and the Muslim Opposition.  In his work on social and political groupings before Muhammad, he reveals that genealogies in Medina before Muhammad were mainly patrilineal as tribes and individuals traced their origins to their fathers and male persons in their lineage. In fact the main principle of organization of the social subdivisions of Medina was the Hirjah patrilineal descent. He further exposes the effective social groups in the median Arab community as the two great tribes: the Aws and the Khazraj; the 8 clans listed in the Median Constitution; and the 33 smaller groups at Badr.

The Pre-Islamic fighting amongst the various clans divulges the importance of each social unit. For over 50 years before the advent of the Hirjah tradition, there were intense feuds and battles between the various clans in the form of nomadic feuds and later evolved to annexation and conquest of territories of rival clans as populations continued to bulge. For instance, the fight between Aws and Hizraj in South-West between B.Salim and B. Jahjaba, followed by a series of other four wars which culminated into the infamous War of Hatib that founded basis for the great battle of Bu’ath that came shortly before Hirjah. The author goes further to discuss the individual clans in Medina before Muhammad revealing their leaders, where they lived, their economic activities, the battles fought, intermarriages with other clans, and their allegiance to Muhammad.

Watt also looks into the forces and tendencies in Medinan society, such as the tendency for larger groups to disintegrate into smaller units through disputes or compelled by the harsh climatic conditions in the desert to split up, for instance, the splitting up of the old clan of Salim. The other form of tendency includes contractual agreements between men for defense and organization purposes of the community. This is whereby even smaller clans entered into defense agreements with larger and powerful clans to protect them from the enemy.

Watt goes further to discuss another hot topic on Muhammad supporters. From the collected figures on clan allegiance to Muhammad, Watt argues that there are three stages involved in the process of converting from being a Medinan to an Islam. In the first stage, the men from As’ad, al-Najjar, Salimah and Zurayg scored the highest. In meeting al-‘Aqabah they were joined by other clans such as al- Qawaqilah, ‘Abd al-Ash’hal, and ‘Amr b. ‘Awf. The second meeting also called the great meeting at al-;Aqabah was attended by virtually all men from all  the Aws and Hazraj clans except Aws Manat. It is clear that the support of the clans was directly proportional to their strength, thus  the strong Salimah clan had the highest number of supporter while the clans of Sa’d  Mu’adh, and ‘Abdallah b. Ubayy, which are fewer in numbers seem to be under- represented.  These facts and figures inform a understanding on which groups supported Muhammad unwaveringly in the early days of Islam, and why certain groups such as Salimah were drawn to Islam more than the others. This also informs the understanding of why the small, less powerful clans were against formation of a confederation in Medina under one, as they were against continued supremacy of powerful clans like the Salimah, and also comprehending the conduct of certain leaders such as Ibn_JJbajry who rejected Islam. The author goes on to point out specific clans that had a weaker support to Muhammad and a possible reason for their weak support.

Watt also looks into the opposition of Islam in the region by first pointing out that there were sporadic disagreements with Muhammad’s policy even amongst the Muslims who had embraced Islam. However, the author reveals the effort to conceal these disagreements within the community and the tendency to focus on the opposition of Muhammad outside the Muslim community. The first situation that exposed those disloyal to Muhammad was the battle in Badr which prompted Muhammad to summon armies from all clans to help fight the enemy. However, Usayd b. al-Hudayr, Ibn Ubayy, and even Sa’d b. ‘Ubadah did not respond, each giving their personal excuse.

Later on there was a dissent group threatening to leave Muhammad’s camp in Medina and move to Mecca, but this rebel force was quelled in time. Following a series of events Sa f d b. Mu’adh and Ibn Ubayy openly announced their condensed relations with Muhammad. In the last five years of Muhammad’s rule, the author reveals how the prophet cracked a whip against all he opposes such as Abu Lubabah accused of treachery in connection with Banu Quray-zah and the refusal by certain nomadic tribes to partake in the expedition of al-Hudaybiyah in 628/6. These series of events, the author argues that it marked the second phase in Medina’s opposition where certain sects were against certain aspects of Muhammad’s policy and not Islam as a whole.

In a nutshell, the book is very enthralling and provides indispensable insight into understanding the Islamic religion and the origins of the Arab clans. The structure of the book, in a chronological and historical structure also helps the reader in understanding and analyzing each topic independently and informing the next topic. However, there are glaring gaps in the book that does not add up and end up reducing the quality of the content provided. For instance, much of the data and information provided in the book and literally every topic is based on hearsay or assumption and thus does not qualify to inform solid conclusions. Besides, the author relied too much on secondary data from other existing written book, which could be part of perpetuating unfounded and wrong data to readers. The writer should have conducted some primary data collection to inform newly founded debates and conclusions.