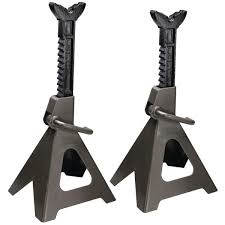 Harbor Freight is a privately-owned leading manufacturer of power tools with a headquarters in California, it operates a range of retails stores across the United States as well as an e-commerce platform.

The Harbor Freight Jack stands marketed as safe and Heavy duty might not be safe or functional after all. This is after the manufacturer recalled approximately 450, 000 Jacks bearing part number 61197.

Based on customer complaints, there are numerous circumstances where the Jack fails to handle the load with some even arguing that they only keep them as Backups. In cases where the Jack cannot handle the load, they may drop with the load crashing anything and everything beneath it, take a case of a Mechanic fixing a hitch beneath a truck then the Harbor Freight Jack fails, chances are very high that the person could be injured or in some cases lead to death.

Regrettably, the company is yet to dispatch recall requests but still considering, with plans to offer customers gift cards matching the retail prices of the Jack, this approach does not consider those who threw away their defective Jacks or bought other Jacks after their initial ones failed, the company should consider cash refunds.