The Contribution of Culture to the Growth of UAE’s Economy. 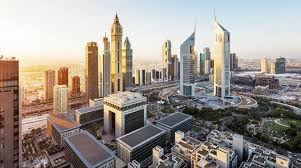 The current climate that exists in United Arab Emirates favors the economy so much. From the citizens to the government policies that facilitate economic improvements. The tourism sector has also flourished stemming up from the previous unused desert to a major economic power with great opportunities and diverse culture. Foreign investors have also found it wise to invest in this region. Culture has been mostly hit due to the numerous numbers of foreigners entering the region; from this new cultures have been introduced posing a major threat to the existing ones.

There have also been negative effects to the people particularly with regard to living cost, loan and mortgage repayments forcing the people to find new ways of survival education being vital among them. The chances of investment have also risen over the past few years this has projected the cities as major destinations globally. The people have also changed over the
time to accommodate these new advancements. Dubai is destined for even much greater success with the oil prices rising enabling it to integrate several aspects into its budget. UAE has also evolved to be a major market for products from different regions of the world.

Most of these enhancements have been realized because the people of UAE gave room for globalization. Formal education has played a major role in shifting the people’s regards for culture. The changes in trading cultures as also facilitated the entrance of global investors as the environment was now conducive. The people of United Arab Emirates should thus be
accommodative to the cultures of the world, however, some cultures have been known to bring about negative consequences, and they should then shy away from such.

There should also be room for collaboration of cultures so bring about better cultures where both parties feel at home. Regarding the unique social aspects the people of UAE should hold on to them but then allow the social aspects from other cultures freedom to prosper in the region. Through these cultural interactions UAE is bound to benefit more in line with realizing its economical goals.

Economical advancements is a dream for all nations even the most developed nations, if there is any path that a nation could follow so as to realize it the no limitations should be enforced. Culture too is what defines our identities thus nations should be careful when dealing with it. Changing times also call for change in culture appropriately hence no one should be rigid to such changes. The development of the United Arab Emirates culture has both negative and positive effects on culture but then, there more positive effects to the whole nations than what it benefits from culture thus the people should be supportive of measures that promote the economy more as long as it does not eat away its cultures.