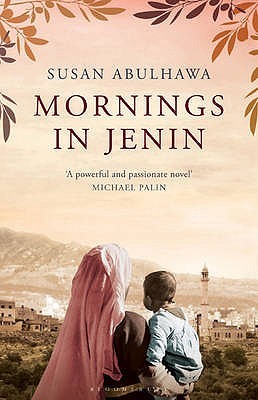 Morning in Jenin is a heart touching story narrative about the lives of Palestinians. It reveals much about family, love, loss of close to everything so dear to the people of Palestine, the native call to their motherland still vivid within their minds and calls to their heritage. For over three generations, they are subjected to suffering in terms of persecution, murder an torture at the hands of their neighbors Israelites. Forced to be refugees in their own motherland and most importantly using the Albuheja family to bring all this issue leaves many readers touched as they sympathize with the plight of the people of Palestine.

We get to learn so much from this piece of literature, especially on the non Palestines particularly the Jews. In spite of the violence, and the crimes against humanity perpetrated by the Israelites against many innocent Palestinians citizens, in spite of global support for Israel and less concern to the sufferings faced by Palestinians due to the guilt of the Holocaust and since Christianity has forever associated itself with Islam as opposed to Islam, the book still depicts the American and Jewish Characters sympathetically.

The major weakness of the article is that the author focuses so much on the life of character Amal. It makes me sympathize her so much. Seems that all that can be arguably defined as misery is loaded on her which draws away some reders. Though I couldn’t have understood her plight, if it were not for these experiences. Finally, I know understand better the feelings of the Palestinians. A reader cannot fully digest the facts if we only base on hearsays or petty statistics if not by experiencing it via a victims life. The author has comprehensively done it.

The cohesiveness that existed prior to the invasion of Carissa is a relationship that we could conquer the enmity between nations. Though this aspect was demonstrated in a shallow way bringing out another weakness, I believe to a greater extent that it was a depiction of how intercultural  friendships might surely yield friendships between people with common wishes, challenges and struggles. Many survivors of the Holocaust such as the mother of Ari and also the mother of David seem to have been also inflicted suffering by the actions of Israeli which is a direct attack on each others culture.

The book however, brings out very clearly the solitude that is subjected to Palestines, now lives in my bones just after I read the book. This brings an image clearer than that of before amongst us. Solutions seem unfeasible when all sides have undergone so many injustices imposed on them. It leaves me with so many questions such as can there be a lasting solution?, how can the matters surrounding Jerusalem be solved?, the fact that one cannot erase history.

I believe that Israel might not agree to solutions that would seem to end up the Jewish state or harm on its citizens, since leaders from Palestine have constantly refused to negotiate for peace instead campaign for conquest of the whole Holy land. Hence, the people of Palestine should just agree to peace with the government of Israel, as long as they cease terrorism, by such they could be invited as equal partners to Israels economy. But then it’s the only logical avenue if the leaders of Palestine hold onto the unrealistic dream of maybe conquering Israel and decline peace negotiations.

52 thoughts on “Mornings in Jenin Review”