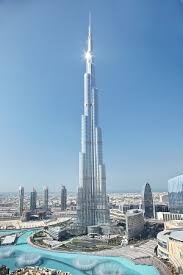 Yesterday During Jamhuri Day celebrations, Kenya was honored to have its flag displayed at the Burj Khalifa building in Dubai. At the moment, most Kenyans were thrilled with those residing in Dubai being the first ones to share videos and pictures of the Kenyan Flag lighting up the tall building. However, today most Kenyans have shared their disappointments with the move, with allegations that Kenyan tax payers might have paid a substantial amount just to have the flag displayed.

Some reactions from infuriated Kenyans:

A simple internet search indicates that it costs between 13 million Kenya shillings to 27 million for two minute impressions during any night between 8 and 10pm. The price would be half for single one minute impressions according to Mullen Lowe MENA the Dubai based marketing agency that manages the lighting displays.

In a country where citizens are already complaining of scarce financial resources it would be logical for them to demand for prudent government spending. Nevertheless, most of those who were quick to react ignored the potential benefits that such an exposure could yield particularly to the Kenyan tourism sector. For instance, in May of 2018 Rwanda signed a partnership with Arsenal Football club, a deal that many criticized at the time but within the first year of the deal, Rwanda gained benefits valued at 4 million US dollars. The possibilities from such a 3-minute visibility for Kenya would certainly absorb the expenses given by the statistics of Arab tourists who tour Kenya annually.

In October of this year, the same building displayed the Ugandan flag as Uganda celebrated her independence, claims were also made that the East African nation had paid for the advert, claims that were denied by Uganda’s Ambassador to the United Arab Emirates.

One thought on “Kenya Honored By the World’s Tallest Building-Burj Khalifa.”