Hitches of Patient confidentiality in the networked computer age 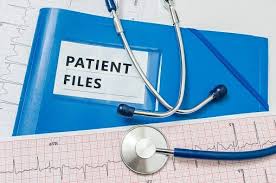 At first, though you would think that privacy is non-existent, perhaps a result of hospital overcrowding. But in reality, clients at the Moi Teaching and Referral Hospital (MTRH) and Academic Model for Provided Access to Healthcare (AMPATH) partnership experience a considerable degree of confidentiality and privacy in their affairs.

This legislation came about in a time when severe stigmatization plagued the HIV-positive community.

In an effort to protect the rights of individuals living with HIV and their right to privacy concerning status disclosure, the legislation of 2006 lays the framework for healthcare and legal service providers in a number of significant ways.

THE LEGAL AID CENTER OF EDLORET

The Legal Aid Center of Eldoret (LACE) is located in the main AMPATH office in Eldoret, Kenya.

Disclosing someone’s HIV status in Kenya can result in and legal action may be taken against anyone who discloses the status of another person.

Legal Aid Centre of Eldoret (LACE), an AMPATH-affiliated project established in 2008, is a non-governmental organization that provides legal services to impoverished and vulnerable people in Kenya, according to their brochure.

The centre is vital as it offers services that include out-of-court negotiations (the preferred method of handling most situations), and representation in court when matters cannot be handled amicably.

While LACE’s efforts are most concerned with meeting the legal needs of those affected by HIV/AIDS, a focus of this service concerns privacy, status disclosure, and confidentiality.

Milkah Cheptinga, Advocate in charge at LACE, says they handle more female than male cases. A number of the cases, she says, concern child maintenance issues and instances of disinheritance, which occur most frequently when a woman’s husband dies and his family tries to inherit all of her assets.

Clients who seek LACE’s help find solace in confidentiality remaining of significant importance while their cases are handled since it is possible when legal action is sought from clients that certain information, such as HIV status, could be released during litigation.

“There is a client intake form that anyone seeking the services of LACE must sign and it helps absolve the department from any liability in the event that information is disclosed to a third party,” she explained.

There are a number of precautions the department takes in an effort to reduce the risk of such occurrences.

“We have closed interviewing chambers and also the lawyers at LACE have the ability to clear the court in instances where confidential information needs to be shared with the judge and jury,” added Cheptinga.

“We needed to pay for a lawyer, but couldn’t so we were directed to AMPATH,” says Millicent. A neighbor sexually assaulted her daughter.

She sits, barely flinching, stark in her comments. “The [other] neighbors understood,” she says. She says, once a few of them found out what had happened and some stood behind her in support and kept the incident between them.

Unlike Millicent, Abraham did not receive the strong support from his community. His daughter was raped by her schoolteacher in 2010.

When his daughter arrived home after school, crying and erratic, he says he tried to befriend her to try and get to know what had transpired.

“I immediately ran to the Administration Police station who told me to get my daughter to the hospital as soon as possible, early the following day I took my daughter directly to AMPATH where she was placed on antiretroviral drugs for a month because the status of her perpetrator was unknown,” explained Abraham.

The man who had defiled Abraham’s daughter was arrested, but the local jail was built with such minimal privacy that when neighbours saw the teacher in jail they started asking him questions about what had happened.

The family of the teacher immediately approached Abraham with an offer of Sh6, 000 to drop the charges. He refused. He said he could not imagine living with himself if he had taken their bribe.

Back at AMPATH, shaking, Abraham reaches into his worn out leather wallet in his back pocket and unfolds a tattered, torn piece of paper.

Voice trembling, he explains that the paper was given to him, an Occurrence Book (OB) number signed by the police, with the date and time of the court hearing for the man who defiled his daughter.

He said after the culprit’s kinsmen failed to bribe him they colluded with the police not to take the matter to court. They bribed the police who gave him a wrong court plea date for him to miss the session so as they could get a chance to dismiss the case.

“Police lied to me the plea date was to be on 21st September 2011 yet the matter was scheduled for a day before, so I failed to attend the first mention session, I sat at the Eldoret Law Courts for a whole day and never heard the matter being mentioned and I had to inquire from the prosecution office” he says.

He says the court prosecutor called the police to follow up the matter and warned them against interfering with the course of justice and even extended the court order to have the suspect back in custody.

This lost James’ trust in police; he thought that the case would not be successful, only to be directed to the legal department at AMPATH’s where he goes for HIV care.

Once the entire incident was revealed, Abraham and his daughter faced severe stigma and ridicule from the community.

“My neighbors told me I should have taken the money, sending my daughter back to school was difficult, she was harassed by other teachers who said she had falsely accused their colleague,

He added that; “I wanted to pull her out of the local school and sent her far away to a boarding school but I couldn’t afford the fees.”

Kenya’s constitution, Article 53, outlines a child’s right to a basic education. It also aims at protecting children from abuse and treating their needs with utmost importance.

“The school should protect the child,” says Henry Kenei, a lawyer at LACE.

“When human rights are protected, HIV can be controlled,” Kenei says.