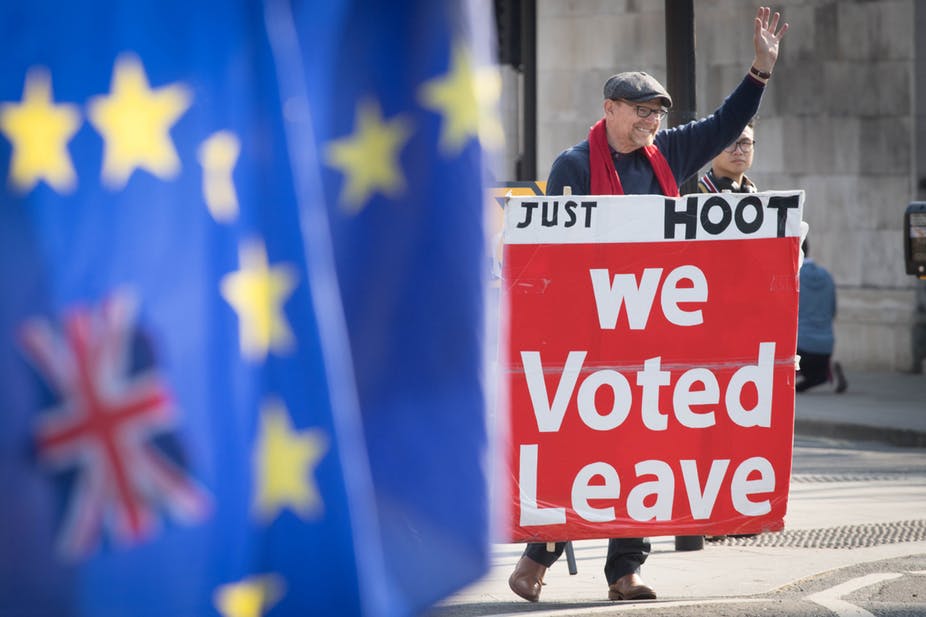 When the Maastricht Treaty that established the EU with its headquarters in Brussels took effect in 1993, the UK was a key player in the integration process. The EU was calculated to integrate Europe’s nations economically and even politically and with a focus on common foreign policy, common citizenship and a single currency to ease trade generally movement of all factors of production in the region. The UK membership in the EU has always been faced by a myriad of challenges that eventually culminated in the Brexit: a shorthand for the UK leaving the EU.

Key among the many reasons for leaving the EU by Britain was the argument of protection of sovereignty. They felt that the EU had usurped the member states’ power and made much of the decisions unilaterally with no accountability. There was also a lost feeling of cultural identity amongst the Britons which they felt was unfulfilled in the highly
bureaucratic and dynamic EU.

The exponential increase in immigrants did not augur well with native Britons, with statistics implying that over 1.2 million Britons were leaving outside Britain while 3 million non-Brits were residing in the UK. The major causal factor for this was the 2008 global meltdown that sent shockwaves of unemployment and inflation thus rise in movement of people from other EU countries like Greece, Spain and Ireland into the UK in search of jobs.
The political upheavals in the Middle East and North Africa also made UK a final destination for most political refugees. The argument was thus for a solid UK immigration policy that vetted immigration after consideration of domestic situation.
The strict regulations by the EU towards the UK was also an underlying reason for Brexit. Some of these regulations included the rule of not recycling tea bags and the rule that children below the age of eight cannot blow up balloons. Implementing this rules is approximated to have cost the UK a staggering $880 million per week. The currency also stuck out as an issue in the integration process, though the UK maintained the pound as it currency. The effects of the 2008 financial meltdown was huge on the euro and thus trickled down to affecting fiscal policies in member countries leading to unemployment and inflation.

The proposal for deeper fiscal integration which would include a common welfare and tax system by economist to cushion countries facing severe downturns seemed burdensome on the UK which was struggling with innumerable domestic issues. The high cost of membership also prompted the UK to reconsider its membership. Annually, members are required to make a contribution to the EU central budget to finance the activities of the bloc. By 2016, the UK’s contribution stood at worth about £13 billion ($19
billion) per year, which is about $300 per person in the UK, which is a huge sum that could be appropriated for domestic services.

Meaning of Brexit to Europe

First, the exit of Britain from the EU will mean a slump in the EU’s population by about 13% since the UK was among the countries with many inhabitants in the EU together with Germany and France. The population level also had a direct link with the GDP share,
with the UK share more than its population. The UK’s departure also means that the EU’s economy will shrink compared to that of the US, which was/still a major competitor. Before exit, EU’s GDP was estimated to be
1% greater than that of the US. The multiplier effects of these would be adverse effects of Foreign Direct Investment, unemployment, free movement and general cordial trading processes. The UK is also wealthier and has higher labour productivity than most of the other members of the EU. This means that with the UK out of the bloc, the EU27 will on average
be less productive and poorer that it is presently.

On a positive note, the UK’s economy has not been doing well for the past two years, which thus had a direct drag-down effect on the performance of the EU economy. Many of the member states within the EU were emerging economies that were beginning to harness the products of democracy, free trade, modern technology and harmonized systems thus a sharp hike in economic growth. The result of this was the rest of the EU also having a larger manufacturing base and a stronger export performance than the UK.
Besides, the exit of the UK presents the remaining members –EU27, with the
opportunity of re-negotiating agreements with other third parties without the Britain effect/influence. Since majority of the members are former communist countries with almost equal economic strength and history, differences in interests would be reduced.

Can EU survive Brexit?
Yes, the EU can survive Brexit and this is evidenced in the solid membership following Brexit. So far no country other than Britain has expressed interest in leaving the EU, owing to the vast benefits that each country enjoys within the union i.e. greater negotiating power in the bloc, wider market, and assured cushion from economic effects in the event of a meltdown. Besides, the world is still keen on promoting free trade and global security and peace, and integration is one means to achieving this end goal. Furthermore, the EU has a profound track record despite the dynamics of the members establishing it. It has evolved over the years of become a benchmark for all economics blocs across the globe and is inching to establishing apolitical federation. Its success is also measured by the maintained interests by other countries to join the union and interest in striking bilateral agreements by other blocs or countries with the union.

However, to survive, the EU must reform to reflect present times changes and patterns along the following lines: wider geographical membership to shed of the Eurocentric image, a looser union with variety of currencies and granting more powers to the European parliament, and tighter and faster integration that goes deeper into fiscal and monetary issues.
Impact on England
Politically, Brexit meant a change of leadership after then prime minister David Cameron lost the referendum. Theresa May emerged as the new Prime Minister despite being against Brexit during the referendum after the pro-Brexit champions such as Boris Johnson pulled out. It also meant a search for new allies in the global sphere as manifested in recent shuttle diplomacy visits by the Primi Minister in Africa, America and across Europe.

Economically, Brexit is predicted to be both negative and positive. The proximate effect is projected to be negative with slump in stocks, slow economic growth and few trade deals given the transition period. But positive results are expected in the long term. Much of the impact hinges on what kind of trade deals the UK negotiates after leaving the EU. A lack
of certainty on this means that, inevitably, there is a lack of certainty over the overall economic impact.
Impact of Brexit on other members of the UK
Majority of the Northern Ireland residents together with its parliament wanted a remain vote as supported by the 55.7% remain vote. The proximate effect of the Brexit vote was speculated to a strain in the North-South relations and thus hampering the ongoing peace process. Arguments of Brexit hurting Northern Ireland’s economy which is highly dependent
on exports to the EU as they would be compelled to pay EU tariffs have also been discussed. Speculations on a possible nose-dive in FDI hence balancing benefits of Northern Ireland’s lower corporate tax have been fronted.

To Scotland, a thumbing majority of 62% voted in favour of remaining in the E. The ultimate effect of the Brexit would be strained relations between England and Scotland with another possible looming independence referendum. The same case with wales where a 53.4% voted to remain. The impact thus ranges from internal political disunity, severe economic impacts from tariffs paid to EU, and general environment of unpredictability during transition which is not conducive for trade. However, the actual impacts would depend on the kind of trading relationship that the UK negotiates with the EU post Brexit.

One thought on “Brexit Analysis”