The clash of civilization 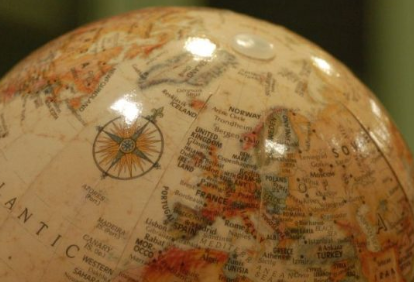 The clash of civilization is a theory that people’s religious and cultural identities will be the main course of conflict during the post-cold war. Huntington states that future wars would be conflict not between nations but between cultures and that religious extremism would be the main threat to the global peace. According to Huntington, the future will be based on religion and culture. His basis of the clash of civilization forecasts wars and alignments around different civilizations Islamic, Japanese, Western, Hindu, Latin, and Russian. The term was first used by Bernard Lewis in 1990 in his article the roots of Muslim rage. The diversities between human beings and the main source of conflict being cultural. Countries will retain powerful elements in global affairs, but the main areas of conflicts of world politics will be among groups and nations of distinct civilizations. This enumerates on the concept of the clash of civilization and its validity in the actual world, it also citizens the theory by Huntington.

The validity of the theory

I believe that the theory remains valid up to now. The argument that the root of conflicts is about ideologies and reasoning as well as civilization, religion, culture, and ethnicity which sparks conflicts across the globe. It evident in the current world that where persons with similar ideologies but divergent cultures are in conflict given the poor understanding as well as no tolerance among the cultures, civilizations, and religions. The arguments by Huntington are correct given the several conflicts around the world. The wars between Islamic groups is caused by the difference in ethnicity, religion. The civil war which happened in Rwanda was another similar occurrence caused by ethnic and cultural differences. The Bokoharam group in Nigeria is another instance of conflict caused by religious diversity where one group isolates itself on the basis of their religion to create a basis for them to establish a basis for conflict.

The prediction by Huntington about the war between civilizations is also manifesting itself in Saudi Arabia. There are cases of Saudi’s financing some mosques and madrassas, the Chinese on the other hand are funding Confucian institutes while the United States is funding other organizations in Africa. Almost each of these countries is looking at expanding their global visibility as well as cultural patrimony influence.  It definitely obvious that contemporary conflict is an indication of the clash of civilization.

The approach to Islam by Huntington’s theory makes it quite controversial. The perception of Islamic as intrinsically undemocratic and hence seems to impose democratic standards in itself thus upsetting the always eminent fundamentalist within the Muslim world. Huntington argues that Islam has bloody borders and goes ahead to assert that future wars would begin majorly between western and Islamic civilizations. Furthermore, Huntington’s, theory turns cultures into timeless, closed, and space-less entities. For instance, in the Iranian revolution in 1979, democracy was the central cultural currency.

Furthermore, Huntington uses statistics offering information which according to him justifies his perceptions. It is quite sad that such data does not really justify his perceptions. It remains raw data which he seems to interpret it to only favor him. His scrutiny on the raw data is not extensive enough and tries to measure the data to a much deeper level for instance he measures GNP and GDP in contrast to language to actually understand the significance of language. Going by Huntington’s view one may be tempted to believe that the West is a third world nation as opposed to the current economic power it is.

The social science model by Huntington in relation to the post-cold war transition is short-sighted to anecdotes, observations, and generalizations. Perhaps Huntington should have employed a mathematical model that can be easily quantified, giving his thesis a reliable basis. Another major shortcoming with regard to Huntington’s work is that he does very little to argue his points passionately. He seems to attacks others on an emotional foundation deviating from the real arguments and takin a non-academic direction to credit his perceptions. He also sorts of desperately argues his points based on historical trends, observational information. Lastly, Huntington, to his credit, does little to passionately argue his point, attack others on an emotional basis, stray from cogent arguments, and supporting information using case studies from his own work and that of peers. Huntington seems to have been quite pessimistic of the world then, this might have clouded his perceptions to the extent of not seeing the possibilities that lay in the future.

Why the clash of civilizations is powerful today?

The narrative is still powerful today because the world is at the helm of these clashes. It helps nations reflect on whatever brings them together as opposed to the consequences of their diversities. It is evident that a group exists which is inclined to Islamic beliefs and spreads violence as well as extreme religious teachings. The existence of ISIS who probably argues to be the only ones responsible for the clash is quite vague. The west is using such a basis to justify their frequent attacks in the Middle East. The clash is thus relevant in allowing the world to understand what is happening and truly see those responsible for the clashes for who they are and not who they claim to be.

Furthermore, Huntington is helping shape the world reducing cases of people expressing hostility towards other races, classes of religions. It also serves as a reference point for those in the society who may be tempted to exploit such differences. The events of September eleven clearly substantiate Huntington’s perceptions exhibiting how extreme such differences can get to. It also helps the world reflect on what happened at the time, the predictions as well as what is currently happening, giving it an opportunity to reshape it and avoid further similar happenings.