Progress of liberty, equality and power in the US 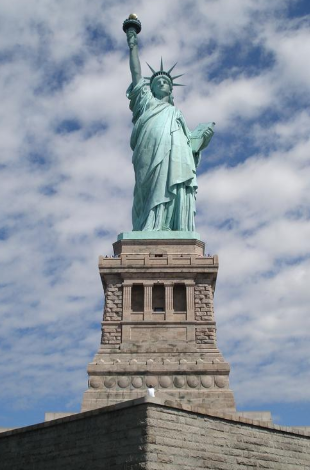 The journey to liberty, equality and power in the United States after the Civil war to the present gives a succinct understanding of the progress which the US has underwent from the older simple State to the current industrialized and powerful nation. This perception not only aids in understanding the impact of equality and liberty notion with regard to the rich American history as well as how dominant groups have contributed to the shifting balance of liberty, power and equality as pedagogical tools in social, political and cultural context.

Liberty is simply the protection of citizens’ rights against infringement from various sources. With respect to leadership, it is important to note that many leaders do not rule according to the citizen’s wishes. Since the end of the Civil war, the United States society has tried to restrict powers given to leaders in two perspectives; first through immunity where leaders in the US are required to respect such immunities as a matter of rebellion rights. Secondly, they have enacted a constitution that guarantees that leaders gain leadership powers from the citizens.

The United States society over time has developed to an extent that it expects those in leadership positions to act as servants of the people with will and agility to lead. Nevertheless, in consideration to a truly democratic republic in US, it is evident that citizens do not rule on their own, but rather those in leadership positions exercise control over those without power. The tyranny of power by the majority is famous to many and can be seen as the power of public consent, thus there should be some citizen’s protection against the prevalent public opinion as well as the tenacity of the society to impose its significance on others. The fundamental vocabulary in the US politics is liberty which is extensively entrenched in its independence declaration as an inexplicable right where the US constitution pronounces liberty as its purpose.

The first US president was elected in 1789 and responded through fighting all controversies regarding Civil rights through proposing the Voting Rights Act. This was intended at giving equality to all citizens across the US, as well as implementing the promises of democracy. The president convinced his fellow whites that this was not just not meant to benefit the blacks but benefit all the citizens who had challenges overcoming injustice and racism. The president achieved this through the adoption of the spiritual we shall overcome motto, which largely inspired efforts towards civil rights activism. Though this was not an easy process, many people sacrificed to see it through. Racism is however still a challenge across the United States against Americas deep values.

The US society has so far geared itself towards racial equalities. Efforts towards this include the wide wars by the US requiring economic military mobilization of the American population for success. Furthermore, the enemies of America compelled America to justify such efforts thus requiring efforts from all Americans from all races underscoring the nation’s egalitarian and democratic tradition. The journey to equality was also influenced by various efforts by specific groups to participate in political protest movements so as to pressure the leadership to institute mechanism that guaranteed equality among all American citizens.

The United States has since the Civil War rose to gain great global power especially during the 1990s after the downfall of the Soviet Union. As its stands at the moment, America is considered the most powerful nation on the planet. Its power extends across the globe due to the sophistication and abilities of its military. The United States power can be seen from three perspectives mainly cultural, economic and military. Considering the military Budget, no other nation across the world beats the US. The culture in the US evident from its music and film industry has great global impact. The US dollar is also doing very well as compared to other global economies. Nevertheless, despite such immense power, the US is still vulnerable to attacks an example being the world trade center attack. The emergence of China is also seen as a threat to US economic power.

With respect to the three themes, the United States has largely integrated Liberty in its independence declaration. Furthermore, the US has opted to commit itself to guaranteeing fairness and enduring division through embracing equality. The US has also made great advancements towards retaining its international power by consistently bringing down possible threats.